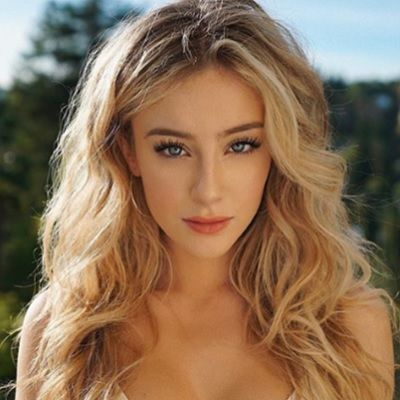 What is the relationship of Daisy Keech?

Daisy Keech is currently single. She has not been linked with anyone in the past as well.

She likes traveling and taking pictures. On her Instagram, she uploads bikini pictures showing her perfectly toned body.

Who is Daisy Keech?

Daisy Keech is a social media star and influencer. Daisy is well-known as a model and famous for her fitness modeling, bikini and workout clothing photoshoot.

Recently on 26th December 2019, she shared a video on her YouTube channel, I bought my brother anything he could carry at BESTBUY.

Daisy Keech was born on 12th August 1999 in the United States. She studied at a Christian school.

When she was in 8th grade, she started going to the gym and started working out. It was difficult for her during her school days. Her classmates were mean to her. One of the classmates photoshopped her picture to the back of a horse due to her taste in country music.

Daisy is a social media influencer and fitness model. She made her first feature film debut by playing the role of Barista in the fantasy romantic drama Six Feet from the Edge in the year 2017.

She joined YouTube on 15th August 2016 and she uploaded her first video on 25th February 2019. She uploads fun Christmas videos to workout videos.

Daisy owns a car where she takes most of her pictures.

When she gets bored with typical squats, deadlifts and seated hip abduction, she performs the given three exercise.

Her hair is blonde and she has light blue eyes. Daisy is 5 feet 6 inches tall and weighs around 56 kg.

Daisy is active on Instagram with 2.3 million followers. She is following personalities like Abby Rao, James Charles, Supreme Patty, Charly Jordan, and others. Keech became active on social media since January 2018.

Keech has 613k subscribers on YouTube and she has uploaded 88 videos.

Know about Michael Yerger’s Net worth and Lifestyle. Does he have a girlfriend?