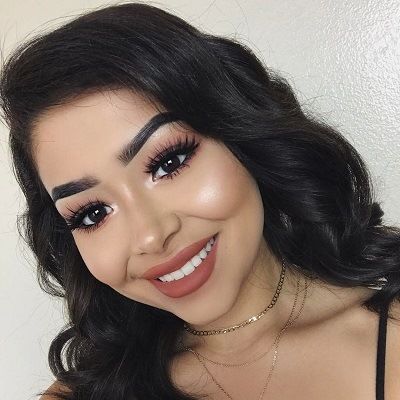 Daisy Marquez was in a relationship with a guy named Alejandro (Alex) Juarez, an artist whom she met at a house party while in High school. He has made several appearances on her videos. The two later moved to Los Angeles together in December 2017, but they have since then split up.

Who is Daisy Marquez?

Daisy Marquez is a self-taught Mexican makeup artist who has gained popularity on YouTube with her self-titled channel. She regularly posts beauty and fashion videos on her channel and also has a secondary vlog channel titled DaisyVlogs with 303k subscribers.

Daisy was born on September 24, 1997, in San Louis Potosi, Mexico. Her father’s and mother’s name is unknown. Little is available about her childhood, and she prefers to keep her family out of the limelight. However, there was a notable change in a 2017 post when she sought to address her immigrant background.

In the post, she says she feels like she had failed her family. She talks about her experience when crossing the border as a 10-years- old. From her account, the YouTube sensation lived with her mother and stepdad during her high school days in Dallas, Texas.

She has a sibling namely, Destiny Marquez. Daisy holds Mexican citizenship, but her ethnicity is unknown. Her birth sign is Libra.

Talking about Daisy’s education history, there is no information about her educational achievements.

Talking about her profession, Daisy Marquez started out her social media journey as a makeup artist by sharing her tricks with her fans on Snapchat. While it had started out as just a fun activity initially, as her fan base grew, she switched over to other platforms, covering most social media outlets.

She joined YouTube on December 12, 2009, however, her makeup videos on the channel date back to May 2016. She described how she was the only one placed on a raft to cross the river, and how one of the coyotes carried her on his back through a deep forest and sands, under a hot sun. Upon entering the open field, one of the coyotes was captured by the US forces, but she was safely taken to a nearby house by the other coyote, from where she was able to call her mother.

As Daisy Marquez made the move from Texas to Los Angeles with her boyfriend in December 2017, a large number of her followers also made the move out of her social media circle.

Daisy Marquez has a height of 5 feet 2 inches and she weighs is unknown. Daisy’s hair color is grey and her eye color is black.