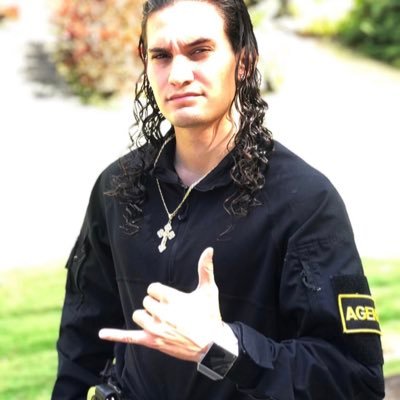 What is the relationship of Dakota Chapman?

Currently, he is not married but has a girlfriend.

His girlfriend’s name is Cheryl Dianne. They are the parents of two children. His small baby son was born on January 25, 2019.

He is a family guy and wants to spend his free time with his family.

Who is Dakota Chapman?

American Dakota Chapman is a Bounty Hunter and TV personality.

He is best known for his appearance on the CMT reality series Dog and Beth: On the Hunt and Dog the Bounty Hunter.

In September 2019, Dakota played in the third part of the series Dog’s Most Wanted on WGN America was premiered.

What are the birth facts of Dakota Chapman?

He is the grandson of Duane Chapman as well as the son of Leland Chapman. They both are Bounty Hunter and the bail bondsman.

Dakota has two siblings, one is brother Cobie Chapman and another is sister Leiah Chapman.

Before coming into the reality series Dog and Beth on the Hunt, he earned his license to be a bondsman. He always wants to be a professional bounty hunter like his father, Leland, and his grandfather, Duane. So, he continued his career and profession as a bounty hunter.

He became the third generation to continue the same family business and also hold the legacy of his father and grandfather. He is recognized by everyone after he appeared on the CMT reality series, Dog and Beth On the hunt.

It’s an American reality TV series that aired on CMT. Likewise, it has three seasons with forty-seven episodes. Dakota appeared in the first and the second season of Dog and Beth: on the Hunt. He was also cast as himself in the Series alongside Duane ‘Dog’ Chapman, Beth, Leland, and Cecity Chapman.

How much is the net wirth of Dakota Chapman?

A TV Personality earned an average salary of about $45 k per year.

Dakota has dark brown eyes and auburn hair. His height is 5 feet 5 inches and his weight is 59 kg.

Reasons for the divorce of Maui Chapman and America bounty hunter Leland Chapman! Who is she?

Is Leland Chapman single or in relationship with Lynette after his divorce with Maui Chapman?