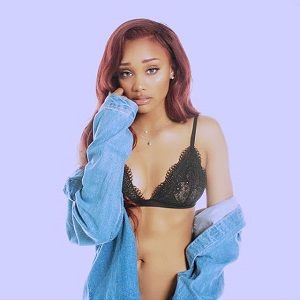 Back in 2016, it was rumored that Dakota was in a relationship with Drake. During the concert, Dakota was also there alongside Drake. According to the reports, Dakota might be the reason for the split between Rihanna and Drake. Furthermore, the couple was also spotted several times in the public and media.

After that, she was dating basketball player Aaron Gordon. However, they broke up some months later. The cause of their breakup was rumored to be Aaron cheating on her. Currently, she is single.

Who is Dakota Gonzalez?

Dakota Gonzalez is an American basketball player. Currently, she is a social media personality who has more than 1 million followers on Instagram. In addition, Dakota is also a singer. She came into the spotlight after releasing the song “Nobody Knows” alongside Dylan. The twins have named their group Dyl-Kota.

Dakota was born on December 9, 1994, in Overland Park, KS, United States. Her current age is 24. She is one of the twin daughters of David Gonzalez and Angela Gonzalez. Moreover, she has seven siblings. Among them, her relationship with her twin sister, Dylan Gonzalez is very famous. Talking about her childhood, she had a keen interest in basketball and began to play from an early age.

Her mother was a former member of All-American honorable mention basketball selection in 1984 before eventually playing professionally in Germany.

Her ethnicity is Afro-American and her nationality is American.

Concerning in her education, Dakota completed her high school from Highland High School in Pocatello, Idaho in which she received WBCA High School All-American Honorable Mention for her extraordinary basketball performance.

Dakota began her basketball career at her high school. Furthermore, she carried her game in the domestic league and played excellent basketball. In addition, Dakota is also an Instagram model. She has been hugely active on social media such as Instagram and Twitter. She has more than 1 million followers on Instagram and she has been regularly posting photos and videos.

Moreover, she also worked for Team Concept on the AAU circuit. In addition to this, she lettered in volleyball and track and field.

Besides this, Dakota Gonzalez is also a singer. Previously, she sang a song of Drake named “One Dance”.

The twins stayed in Lawrence for a single season before transferring to UNLV in 2014. The decision really paid off as hey averaged a combined 23.1 points in their final year with the Rebels and were growing in their games together. Dakota became an offensive player whereas Dylan became a complete defender. Solid as individuals dynamic together, the twins were loved by people. However, they decided to stop their career for music.

They released Take 1 which was their debut R&B EP in 2017. Since then, they have continued to work on their music. However, in 2019, it was once again announced that they would return to the WNBA.

As a talented basketball player, Dakota has been awarded from WBCA High School All-American with Honorable Mention.

Dakota has ab estimated net worth of $2 million. Her main source of income is playing basketball, music, etc.

So far, Dakota has not been the headline of controversy. However, there was a rumor of her relationship with the rap singer Drake. The couple was seen with each other several times together. Apart from that, there are not any drastic rumors regarding her personal and professional life.

Dakota Gonzalez has a towering height of 6 ft with a gorgeous body. Her hair color is black and her eyes are blue colored.

You may also like to read the bio, career, net worth, etc of Rachel Bush, Alex Lange, Safaree Samuels.