Dakota Rose is an American model, television personality, and fashion blogger. At present, she is believed to be single. 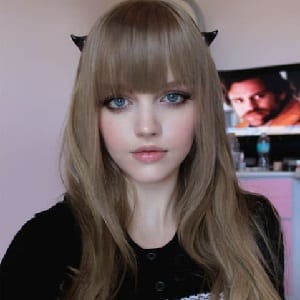 What is the relationship of Dakota Rose?

Dakota Rose has kept her personal life a secret. There are no records available of her past relationships. At present, she is believed to be single.

Who is Dakota Rose?

Dakota Rose is an American model, television personality, and fashion blogger. People mostly know her for her make-up tutorials on YouTube.

She is often referred to as ‘real-life Barbie doll.’ Additionally, Dakota has appeared on several runways, commercials, and variety shows.

Rose was born in Chicago, Illinois on September 19, 1995. She is the daughter of Cathy and Scott Ostrenga. Additionally, she has an older brother named Kyler and an older sister named Kirsten.

After spending her early life in Chicago, Rose moved to Coral Springs, Florida in 2005. She is of American nationality. Furthermore, there are no details available about her ethnic background at present.

Talking about her education, there is no information available relating to Rose’s educational background.

Rose initially joined YouTube in 2011 under the username ‘dakotakoti.’ She began posting make-up and styling tutorials. Additionally, her videos went viral in Asia and were uploaded to Niconico.

After moving to Japan, she signed with a Japanese model agency in April 2012. She made her model runway debut in the Tokyo Girls Collection on September 1, 2012, that happened in Nagoya.

In addition, Rose appeared at the Sapporo Collection 2013 show in April 2013. She released her first photobook, ‘All About Dakota Rose’ in 2013.

In the April 2014 issue of the magazine Popteen, she was an exclusive model. Furthermore, she was also the image model for the fashion brand ‘CandyDoll.’ To date, Rose has also modeled for ‘Baby’ and ‘The Stars Shine Bright.’

Rose has not been linked with any award nominations in her career.

Rose has not revealed her current salary. As of 2022, there are no details available about her estimated net worth at present.

There are several rumors which suggest that Rose might be dating Japanese model and actor Taiko Katono.

Additionally, she has often been criticized for altering her photos before posting on social media. At present, there are no rumors concerning Rose and her career.

Talking about her body measurement, Rose has a height of 5 feet 3 inches (1.6m).