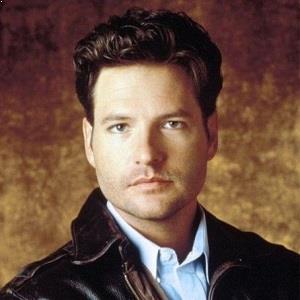 Dale Midkiff is currently married. He was initially in a relationship with Joan O’Connor for about 2 months. They first got together in 1997. The pair decided to take the relationship to the next level and hence they tied the knot on 22nd March 1997. The couple has three children from the relationship: Cole Midkiff, Ava Marie Midkiff, and Eliza Rose Midkiff.

They have been together for about twenty years now. The marriage is going strong as no news regarding divorce or any extramarital affairs is known. Past relationships of Dale before the marriage cannot be found at the moment. He currently has houses in Los Angeles and Chance, Maryland.

Who is Dale Midkiff?

Dale Midkiff is an American actor. He portrayed the role of Louis Creed in the horror film ‘Pet Sematary’ and played Captain Darien Lambert in the TV series ‘Time Trax’. Furthermore, he has appeared in more than 60 movies and television series in his career as of now.

Dale Midkiff was born in Chance, Maryland on July 1, 1959. He was born to Jean and Thomas Midkiff as the second of 8 children: six brothers and one sister. He was intrigued by the world of show business throughout his childhood years since his early life. Additionally, after winning an acting award in high school, it was only a matter of time before he joined the entertainment business. He is of American nationality.

Talking about his education, Dale attended Edgewood high school. Later, he joined Salisbury University in Salisbury, Maryland, and graduated from there.

Initially, after his graduation, Dale moved to New York City, to pursue a career in acting. He first worked as a waiter while pursuing his acting career. Eventually, after minor roles in movies and television, he landed his breakthrough role of Elvis in the made-for-TV movie ‘Elvis and Me’ in 1988. Next, he starred in ‘Pet Sematary’ and ‘Love Potion No. 9’. Furthermore, he has appeared in numerous movies and television series since then.

Dale Midkiff also acted in off-Broadway plays like Mark Medoff’s ‘The Wager’. He later played the iconic role of Louis Creed in the 1989 film version of Stephen King’s ‘Pet Sematary’. In addition, he has appeared in some other movies and television series like ‘The Client List’, ‘Hell’s Kitty’, ‘Criminal Minds, ‘Lincoln Heights’, ‘Dexter’, ‘CSI: Miami’, ‘Love’s Abiding Joy, ‘The Wonderful World of Disney’, ‘CSI: Crime Scene Investigation’ and other. He has more than 60 credits as an actor to date.

Dale has not revealed his current salary. Furthermore, he has an estimated net worth of $ 1 million.

There was a rumor that Dale might be dating American Actress Nancy McKeon. Furthermore, this rumor remained a rumor as it was not confirmed by either of them. Currently, there are no controversies surrounding Dale and his career.

Moving towards his body measurements, Dale has a height of 6 feet 2inches (1.88 m) and weight is 75 kg.  Additionally, his hair color is dark brown and his eye color is hazel brown.

Dale Midkiff is not quite active on social media. He doesn’t have an official Facebook page. In addition, he is not active on Twitter and Instagram as well.