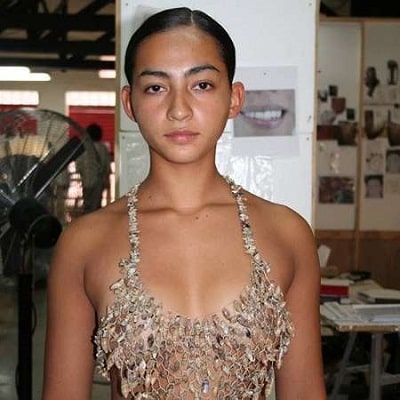 Dalia Hernandez might be currently living her single life. Also, she has not been linked with any other persons neither in the past nor in the present. She is currently focusing on her career rather than being in a relationship.

Who is Dalia Hernandez?

She was born on 14th August 1985, in Veracruz, Mexico. She was born as Dalia Hernandez Armenta. Dalia is very secretive about her personal information and she has not disclosed the name of her parents, and childhood. She was raised with two brothers in the family of the middle class.

Dalia holds Mexican citizenship and her ethnicity is Mexican.

She might have attended some reputed universities in her home country but she has not disclosed the names.

Initially, she wanted to be an athlete at her young age but later decided to be a model. She got featured in the Mexican TV show after attending the audition for some TV ads, and this made her rise to the media spotlight.

Dalia Hernandez rose to fame when she appeared in a Mexican tv show in her 20s and also came to limelight for playing the role of Maya in ‘Apocalypto’ while Rudy Youngblood played as Jaguar Paw, the lead role in the movie. She appeared as a minor role in the TV series Capadocia del 2008. However, she only appeared for one episode Maria Magdalena in the series as Rosa.

She won Imagen Award in the category Best Supporting Actress-Film for ‘Apocalypto’ in 2007.

Dalia does not like to harm others and has not been involved in any rumors and controversies in her personal and professional life.

Dalia Hernandez has a height of 5 ft. 4 inches and weighs average. She has dark brown eyes and hair. But, her body measurement, shoe size, dress size, etc. are not available.