Dallas Dupree Young is a rising actor, who is currently single and is not dating anyone. He is young and has won the hearts of many fans with his cute looks and acting in the movies and series. 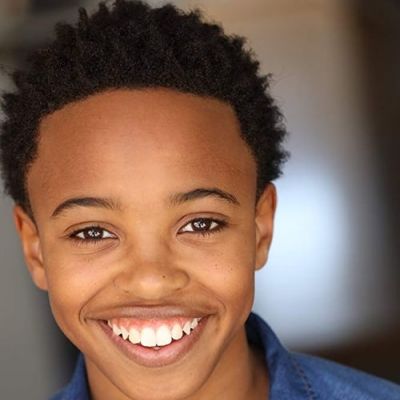 Who is Dallas Dupree Young?

Dallas Dupree Young is a famous American actor and model. He rose to fame after appearing in The Fosters in 2018 and the Nickelodeon sitcom, Cousins for Life. He was the cast member of the Netflix series, Cobra Kai spin-off to the movie, The Karate Kid.

Dallas Dupree Young was born to his parents on October 25, 2006, in the city of Houston, Texas, in the United States. Young is 16 years old as of 2022 and he belongs to mixed ethnicity. As per the horoscope, Scorpio is his birth zodiac sign while he holds an American nationality.

Eric Young Sr, a major league Baseball player is his father while Beyonka Jackson is his mother. He has an older brother named Eric Young Jr. who is even a pro baseball player.

Later in 2019, He was homeschooled to balance his work schedule.

Young wanted to play the Colorado Rockies after getting inspired by his father and brother. Later, he started to get interested in acting after he was motivated by his neighbor and near ones.

He debuted with a short film while he was 9 years old. Family Matters, Hannah Montana and Jessies were the shows he watched mostly.

He got to meet scout Diana Horner later on and he met his manager in Los Angeles while attending the acting showcase. Denzel Washington is also his biggest inspiration.

Dallas Dupree Young appeared in the television series, Murder Among Friends, Investigation Discovery’s documentary. He grabbed the gigs as well.

He appeared in the episodes of Shameless, The Good Place, The Fosters, and The Mayor. With a supporting role, he was cast in the sci-fi movie, Ready Player One in 2018.

He debuted with the lead role of Stuart in the Nickelodeon sitcom Cousins for Life. Kevin Kopelow and Heath Seifert are the creators of the movie. He starred in Mixed-ish’s two episodes which aired on ABC and in the biopic The Royal by Willie Aikens.

Young starred in the episodes of the drama, 9-1-1 in 2020. In the same year, he grabbed the opportunity to be starred in the Netflix series, The Big Show Show.

After auditioning for around three weeks, he grabbed the role in the Netflix’s series, Cobra Ka, and appeared as Kenny Payne being the youngest member of the cast aging 15 years old.

It was released on December 31, 2021. He went on to give auditions for other movies and series. He researched Bruce Lee and Wesley Snipes by studying martial arts too to improve his skills for the fight scenes in the series, binge.

Moreover, his upcoming tv movie, Untitled Goonies Reenactment Project is on the way to being released.

The net worth of an emerging actor, Dallas  Dupree Young is estimated to be around 3 million USD as of 2022. Young’s salary and income are not disclosed yet.

Dallas Dupree Young has not been involved in any rumors and controversies up to date by maintaining a clean figure.

Dallas Dupree Young is 5 feet 4 inches tall weighing around 55 Kg. His accurate body measurements are unknown. He has a couple of black eyes and hair of the same color as well.

Dallas Dupree Young is active on Instagram under the username @dallasyoung with more than 326K followers.