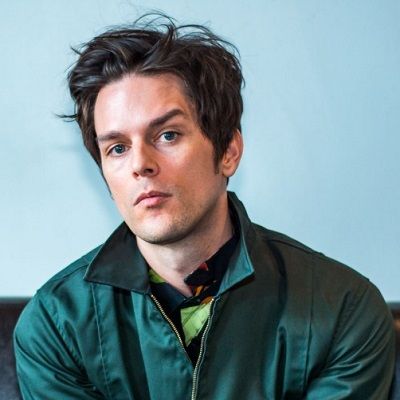 Dallon Weekes is married to Breezy Douglas. Breezy is an actress, model, and a manager.

They have two children, their daughter, born on June 1, 2008, Amelie Olivia Weekes and their son, born on June 23, 2010, Knox Oliver Weekes. Amelie is named after the 2001 French movie Amélie. Knox is named after Knox Overstreet, a character from the 1989 film Dead Poets Society.

Who is Dallon Weekes?

Dallon Weekes is an American singer, songwriter, musician and record producer. Dallon is best known as a member of Panic! At the Disco from 2009 to 2017.

Dallon Weekes was born Dallon James Weeks on May 4, 1981, in Verona, Missouri, US. He is the second eldest among four children and was raised in the Mormon family in Clearfield, Utah, US. His parents moved to Utah, US shortly after he was born.

He attended Clearfield High School, Utah, US. He met most of his former Brobecks bandmates there. In 1999, he graduated with honors. He also attended Weber State University, Ogden, Utah, US. He decided to drop out shortly after attending to pursue music full-time.

After graduating from High School in 1999, he served as a full-time Mormon Missionary in Oklahoma for two years.

He and his friends formed the band Brobecks after returning to Uta from Oklahoma. At first, the band recorded basement demos and went on tours. After a few years, he was offered solo record projects from Interscope Records, Sony BMG, and Indie Label under the condition that he should perform solo and drop his band members, he declined the proposal. In 2008, the band released the album ‘I Will, Tonight EP’. Their single ‘Second Boys Will Be First Choice’ was added to the daily rotation of Salt Lake City radio station X96. The song reached number ‘1’ spot in the list of daily top songs just after they released it and stayed there for thirteen days. In 2009, their album ‘Violent Things’ was released. Three years later, he released ‘Quiet Title EP’ that consisted of two songs, ‘Cluster Hug’ and ‘Anyone I Know’.

Dallon was hired as a bassist and back-up vocalist for the ‘Panic! At the Disco’ in 2009. Initially, he was inducted as a replacement instrumentalist, he became a full-time member in 2010 during the band’s tour in China. In 2011, the American musician contributed to the band’s album titled ‘Vices &Virtues’. In 2013, he wrote songs for the band’s fourth album ‘Too Weird to Live, Too Rare to Die’. In 2015, he said goodbye to the official line-up of the band.

In 2015, he started a cover series named ‘TOMINCVRS’ where he releases the covers via his own YouTube Channel.

He is also a member of The Church of Jesus Christ Latter-day Saints (LDS Church).

In 2015, he was nominated for the ‘Best Bassist Award’ at the event of Alternative Press Music Awards.

While the group was promoting their fifth album, there were rumors that Dallon is now just a touring member. Later he departed from the group since he thought that he was not contributing creativity wise to the team.

His height is 6 feet 3 inches. He has light brown hair and Olive-Green eyes.

Brendon Urie flooded with #BrendonUrieSpeakUp on Twitter! Know about his problematic behavior, pansexual, net worth and biography