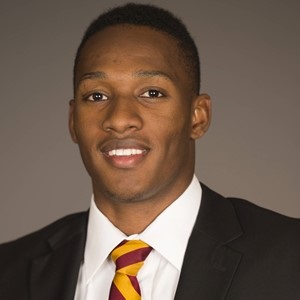 According to our records, Damarious Randall is possibly single.

Prior, he was in a relationship. The name of his ex-girlfriend is unknown. However, he says that he had an affair couple of years ago.

Who is Damarious Randall?

Damarious Randall is an American football. He plays as a cornerback for the Green Bay Packers of the National Football League (NFL). He played for college at Arizona State. He was drafted by the Packers in the first round of the 2015 NFL Draft.

Damarious Randall was born on August 29, 1992, in Pensacola, Florida. His nationality is American and ethnicity is African.

His mother’s name is Gwen Randall and father’s name is Victor Randall. He has two older brothers,  Porter Washington and Patrick Norris both of them played professional baseball at some level. He started playing football since he was five years of age.

Randall played college baseball at Butler Community College for a year before transferring to Mesa Community College to play college football. He saw his first action in 2012 and recorded 69 tackles, ten interceptions, and five total touchdowns. The next year, he transferred to Arizona State University.

He led the Sun Devils in tackles his senior season. He was drafted by the Green Bay Packers in the first round of the 2015 NFL Draft. He saw playing time as a rookie, recording three interceptions and earning Defensive Rookie of the Month honors in November of 2015. His first career interceptions came in consecutive weeks off Peyton Manning and Cam Newton. In week 15, he had the first touchdown, returning an interception by Derek Carr for a touchdown.

Damarious Randall: Salary and Net Worth

There is no information about his salary is not revealed yet.

There are no any rumors of Damarious Randall and he has not been involved in any types of controversy.

Furthermore, also find out more about the early life, career, net worth, relationships, and controversies of football cornerback like Jason Sehorn, Antonio Cromartie, and Deandre Baker.