Updated On December 18, 2022 | Published By: Marchas De
Share this
Married 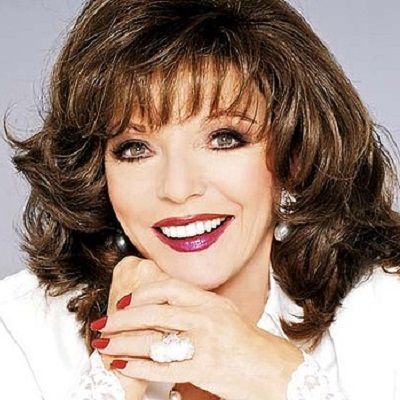 What is the relationship of Dame Joan Henrietta Collins, DBE?

Her first marriage to Maxwell Reed from 1952 till 1956 ended when Reed betrayed his marriage vows. He attempted to sell her to an Arab Sheikh for a night.

Dame Joan married Percy Gibson in 2002 and they couldn’t be happier. The married couple sometimes resides in England, the United States or in France.

Who is Dame Joan Henrietta Collins?

At the age of sixteen, she trained as an actress at the Royal Academy of Dramatic Art in London, and at the age of 17, she was signed up to Rank Organization.

Her highly publicized break as a juvenile delinquent in I Believe in You (1952) earned her the nickname “British Bad Girl”. She also appeared in plays including The Seventh Veil.

The Land of the Pharaohs was Dame Joan’s first international production with Warner Brothers. Thereafter 20th Century Fox signed her up for seven years.

She starred in television movies like Future Cop, and Baretta and then in 1981, Dynasty happened and made her a superstar.

Next, she will appear in the 2019 episode of the Hawaii Five-O series.

A Gemini, Dame Joan Collins DBE, was born Joan Henrietta Collins on 23 May 1933 in Paddington, London, England, UK. She was brought up in Maida Vale and educated at Francis Holland School, London.

She is the daughter of Joseph William Collins (1902-1988) and Elsa Collins (1902-62), a talent agent and a dance teacher. Her mother is British and her father, a native of South Africa of Jewish ancestry.

Dame Joan was so very pretty as a baby that mom Elsa hung a sign with a warning “Do Not Kiss” on her stroller! During the war, her family suffered the ravages of the II World War like all the rest of Europe.

Dame Joan now has three children of her own and three grandchildren too.

Dame Joan’s first movie was the 1951 Lady Godiva Rides Again. Between movies, she appeared on TV, fashion shoots, and commercials for the next three decades.

Then an audition in 1981 for Aaron Spelling’s prime-time TV drama Dynasty, catapulted her into the role of Alexis Carrington Colby. The demure Dame Joan now metamorphoses into the vengeful, scheming ex-wife of patriarch Blake Carrington as portrayed by John Forsythe.

In the role of Alexis, Dame Joan made it fashionable for a rich, beautiful, vivacious, and desirable woman to be oh-so-cold, calculating, and outright domineering. Never has any other actress so totally and skillfully encompassed the varied persona of a supposedly wronged woman.

Since then women all over are more than proud to express their ‘cattiness’ a la Dame Joan.

As a singer Dame Joan is remembered as Crystal in the 2016 episode of Benidorm when she sings ‘Diamonds are a Girl’s Best Friend’.

As such, she may be addressed, as Dame Joan. Her net worth amounts today to $30 million.

Some more Awards and Nominations:

She was nominated six times for the Golden Globe Awards for Dynasty, finally winning one in 1983 along with an Emmy. Here are some more awards:

2015: Freedom of the City of London Award

When she was a Hollywood regular driving her signature-pink Thunderbird, her admirers were the leading men of the industry, including Dennis Hopper, Harry Belafonte, and Warren Beatty.

Her first memoir Past Imperfect detailing her life in glitzy Hollywood was a bestseller.

Actress Dame Joan Collins owns a flat in Central London and when it caught fire, she had to flee the property. She is thankful to her husband Percy Gibson and the London Fire Brigade for extinguishing the fire. Read More…

She has beautiful green eyes and auburn hair. She is svelte 5.6” tall with body measurement 36-24-35 weighing 64kg only.

You may also want to read about Prince Charles and Rita Hayworth.

Actress Joan Collins, 86 hates jeans and feels that jeans with T-shirt is ‘tragic’!