Seoul-born Dami Im is a talented singer. She is married.

Dami Im is a married woman as of now. She is in a marital relationship with Noah Kim. Both follow Christianity. The couple got married in September 2012. Dami and Noah met for the first time in a church.

Currently, they are living happily together in Daisy Hill, Australia. There is no sign of their separation until now. 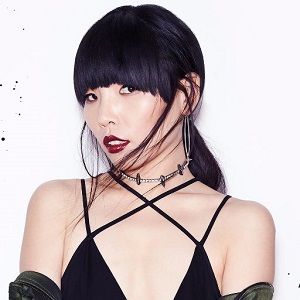 Who is Dami Im?

Dami Im is a talented singer. She has dual nationality in South Korea and Australia. Additionally, she is also a songwriter and a multi-instrumentalist by profession. She plays piano and violin.

Previously, she won the 5th season of “The X Factor Australia.” Presently, she is a prominent figure in the media as one of the talented singers based in Australia. She is also an actress.

She was born in the city of Seoul in South Korea. She was born on October 17, 1988. Although her birthplace is Seoul, she grew up in Australia.

At nine years of age, she along with her family moved to Australia. Her parents’ names are Lee Hae-Yun (mother) and Im Done-Eal (father).

Discussing her education, she attended several schools and colleges to learn music. First of all, she attended Griffin University in Australia. There, she studied music at the ‘Young Conservatorium of Music’ program.

Dami Im started singing and playing instruments from a young age. Her mainstream music career began after participating in “The X Factor Australia” in 2013. Previously, she tried her luck in gospel music. Similarly, she also launched an album and two EPs before The X Factor. But it did not work out pretty well.

Afterward, she participated in “The X Factor Australia.” Following her win, she became a famous figure in the media. The same year, she released her debut album, “Dami Im.”Additionally, she released two more albums, “Heart Beats” in 2014, and “Classic Carpenters” in 2016.

Her performance in 2016 in “Eurovision Song Contest” earned her second position. She performed the song, “Sound of Silence” in it. She is involved in films like “Paper Planes,” and “Trolls.”

Dami earns a lot as salary from contracts and concerts. Consequently, she has accumulated a lot of net worth. As of 2022, the amount of her net worth is around $500, 000.

Dami created controversy in the media. It was because she represented Australia in the Eurovision Contest. Natively, she is from South Korea, so the Australians thought it was not fair for her to represent there.

Other than that, she likes to keep her distance from media tittle-tattle. Subsequently, she avoids any public issues and topics that drag her to controversies. Therefore, as of now, there are no rumors about her work and personal life.

Dami Im has a slim body. She stands tall at a height of 5 feet 7 inches and average weight.

She has black hair and brown eyes.

Dami has many fans and followers in her social media accounts and also has a website.