Damien Chazelle is a famous screenwriter and director. He is married and his second wife is actress Olivia Hamilton whom he married on 22 September 2018.

Damien Chazelle is divorced. He was previously married to Jasmine McGlade, whom he met at Harvard University. They got married on June 26, 2010, and separated after 4 years.

He is currently in a relationship with actress Olivia Hamilton, who is a Princeton University graduate in economics and finance, former McKinsey & Company consultant. 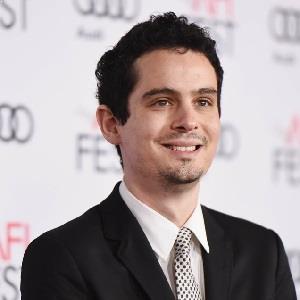 I'm predisposed to never be in pure celebration mode

'Whiplash' scared me. I feel you should only do projects that scare you to some degree. I get motivated by those sorts of feelings

If you want to make a movie, there may be many forces trying to pull you down, but really, a lot of it is will power. You can will it into being if you just believe that you are going to make a move.

Who is Damien Chazelle?

Damien Chazelle is an American screenwriter and director. He is best known for his involvement in critically acclaimed movies like Whiplash and La La Land which received a record-tying 14 Academy Award nominations, winning six including Best Director.

Damien was born in Providence, Rhode Island on January 19, 1985, to a Roman Catholic family as the son of Celia (née Martin) Chazelle, an American-Canadian writer, and professor of history, and father, Bernard Chazelle, a French-American.

He belongs to a mixed ethnic background of French, English, Scottish, and distant Dutch.

He attended Princeton High School and later studied filmmaking in the Visual and Environmental Studies department at Harvard University and graduated in 2007.

Damien Chazelle subsequently wanted to be a musician and struggled to make it as a jazz drummer in the initial days. After realizing he never had the talent to be a great musician, after high school he pursued filmmaking again.

His first film was as a writer and director for the film Guy and Madeline on a Park Bench. The work that helped him gain prominence was, however, the movie Whiplash which premiered at Sundance Film Festival and went on to receive five Academy Award nominations, including Best Picture and Best Adapted Screenplay.

Damien has since then been part of numerous movies and television series some of them include The Last Exorcism Part II, Grand Piano, and 10 Cloverfield Lane. La La Land received critical and commercial acclaim and went on to win 7 of its Golden Globe nominations, including Best Picture – Musical or Comedy, Best Director, and Best Screenplay. It also received a record-tying 14 Academy Award nominations.

Having already won prestigious awards like the Academy Awards, the Golden Globes, BAFTA Awards, and more, Damien has established himself as one of the most talented and versatile directors in the show business at present. He has a total of 60 wins and 111 nominations to his name.

Although the exact amount of salary of Damien cannot be found, his net worth is estimated to be around $10 million as of 2022.

Damien has not been involved in any notable controversies to date and has been successful in maintaining a good public image.