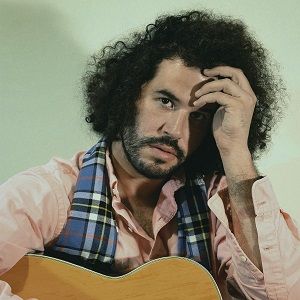 [observation about 'Mack the Knife', 2015] I still think the definitive English language rendition hasn't been laid down. If you get to the heart of the song, the real lyrics are not the Bobby Darin version. It's this kind of of cackling ode to murder and rape and the most horrible things in society, but in a kind of beer-hall singalong style. It's the ultimate protest song, in my mind.

What is the relationship of Dan Bejar?

There is no proper record of their relationship timeline. But it is known that this singing duo has been a real-life duo too for a long time. Also, according to some sources, he has a daughter. But due to lack of proper information, we are not sure about her mother.

Who is Dan Bejar?

Dan Bejar is an independent singer and the vocalist of the band, ‘Destroyer.’ He possesses Canadian nationality. The talented Dan Bejar is a singer and a songwriter. Additionally, he also plays piano and guitar. He is active in the music field since the mid-1990s. His genre includes chamber pop and indie-pop.

Presently, he is a prominent figure in the media for his deep poetic lyrics and collaboration with “The New Pornographers.”

Dan Bejar was born in Vancouver in British Columbia, Canada.  He was born on October 4, 1972, with the name, Daniel Bejar. His ethnicity traces to Spanish descent. His father worked as a physicist. Similarly, his mother was a teacher. During his childhood, he lived in Spain and Canada.

Most of his early life was spent in Canada and Spain. For his education, he went to some elementary and high schools. Afterward, for his higher studies, he enrolled at the University of British Columbia. According to him, he mostly studied ‘English and Philosophy’ there. Later, he dropped out of there after three years.

Dan Bejar is active in this music industry since the mid-1990s. Discussing his musical career, he is the vocalist/frontman of the band, “Destroyer.” He has been linked with several labels till now. In 1996, he released the song, “We’ll Build Them a Golden Bridge” with the band. Similarly, the other two releases are “Ideas for songs” (1997) and “City of Daughters” (1998). Then in 1999, he teamed up with the band, ‘Points Gray’ and launched a new song, “Offshore.”

Likewise, he works with several bands to produce new records. His lyrics are poetic. Some of his other songs are “Mass Romantic,” “Thief,” “This Night,” “Your Blues,” “Together,” and “Ken.” Throughout his career, he has worked out with several label companies like Merge, Matador, Jagjaguwar, Dead Oceans, and others. Furthermore, he frequently teams up with several other bands like “The New Pornographers,” “Hello Blue Roses,” and “Swan Lake” to produce songs.

He appeared in a 2000 film, “Low Self-Esteem Girl.” Dan Bejar earns a hefty amount of money as salary from the record label. Subsequently, he has made some net worth. Although some sites reveal his net worth to be around $1.5 million as of 2022, the exact amount of these figures is not available.

Dan Bejar focuses on his career. And he avoids any controversies or rumors. But previously media have criticized him for trying to impersonate other singers. Other than that presently, he is free from any rumors or controversies.

Dan Bejar has a charismatic personality. His hair color is brown and his eye color is also brown. There is no information about his height, weight or shoe size.

Dan Bejar has a small fan club on social media. He has around 882 followers on Instagram. Similarly, his fans on Twitter are approximately 740. His band, however, has a following of 20k on Facebook.

Also know more about the early life, career, net worth, relationships, and controversies of other singer and songwriters like Alexandra Edenborough, Luther Vandross, Lyrica Anderson, Evan Dando, and Ian Anderson.