Who is Womanizer Dan Bilzerian's Wife?

Dan Bilzerian is a proud womanizer.

Talking about his relationship status in 2022, Dan is single.

Confusion was that Dan is married after posting a snap on his IG handle where he’s walking down the aisle with his pseudo wife and captioned,

“I finally did it”

He wore a suit and bowtie, strolling down the aisle with his soulmate in an olive green dress and carrying a bouquet of white flowers. However, he has not revealed the name of his wife.

Also, rumors were that he secretly wed his girlfriend on The French Riviera in July 2022.

Comments are that he is pranking his fans and followers as the comment section of playboy is hilarious.

Update: He became the best man at his close friend’s wedding….he didn’t get married!

As he is kind of a playboy, he was never in a committed relationship. He started dating socialite Alana Kari in November 2012. But after dating for a few months, the couple parted ways in April 2013.

After that, in August 2013, he started dating another socialite Andreea Bolbea. Their relationship lasted for a year before finally ending in July 2014.

He was also linked with Playboy Playmate Jessa Hinton.

After that, he is dating Sofia Bevarly since 2017 as they met each other back in 2017 at a marquee pool party and started meeting each other more often.

Also, he is an animal lover as he has two goats and a cat. 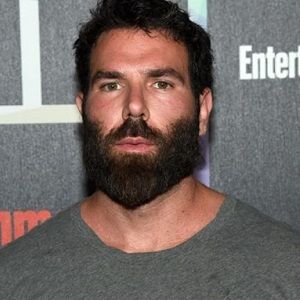 I think having personal freedom and not being politically correct and not playing the game is a good message in our fucking pussified situation that we’re in now. They asked me what I wanted on my campaign flyer, I said I don’t care as long as I’m riding a tortoise with a machinegun.

In poker, it’s tough, its tough to manage your money. Because you don’t know. You can go out and play great and still lose. You can get your money in with the best hand and still get unlucky.

Who is Dan Bilzerian?

He is famous for being a gambler and spending a lavish lifestyle.

He is the son of Paul Bilzerian and Terri Lee (Steffen). Likewise, he has a brother Adam Bilzerian who is a fellow poker player.

His father was a corporate raider on Wall Street and he set up trust funds for both of his sons. His father was arrested for tax fraud when he was 10 years old.

His nationality is Armenian-American and belongs to Armenian, French-Canadian, Swiss-German, and Norwegian ethnicity.

He entered the Navy SEAL training program in 2000. He tried several times but he did not graduate. Likewise, he dropped from the program for a “safety violation on the shooting range.

Later, he enrolled at the University of Florida, majoring in Business and Criminology. Two schools expelled him within a year as he was ridiculed by his classmates.

Dan is a famous poker player as he played in the 2009 World Series of Poker Main Event, finishing in 180th place.

Similarly, in the year 2011, he along with ten other actors were asked to pay back winnings they had won in poker games against Bradley Ruderman. It happened because Ruderman was sentenced to prison because he has stolen from his criminal career.

Similarly, in 2013, he posted an unconfirmed claim about winning $10.8 million from a single-night poker game. Likewise, he claimed to have won $50 million throughout the year, adding that he doesn’t play against professionals anymore and the most he’s ever lost in a single session is $3.6 million.

Likewise, he invested $1 million in the film Lone Ranger and made $1.5 million from the film’s success.

Talking about his house, he lives in a gated community in Hollywood Hills. His house is a pool with a view of the hillside, a sunken living room, cash counting machines, guns in almost every room, and of course a poker table. He also has another house in San Diego and Las Vegas.

It was rumored that he turned down $100,000 from a Facebook co-founder to shave his beard. In the year 2014, he was banned from a Miami nightclub for kicking model Vanessa Castano in the face during a brawl.

Similarly, an adult actress Janice Griffith filed a lawsuit against Dan for throwing her off the roof into a pool which led her to break her foot.

Furthermore, he was on the International wanted list for visiting a shooting range and firing weapons at the Republic of Artsakh.

Dan Bilzerian has a height of 5 feet 8 inches and weighs around 85 kg. His hair color is dark brown whereas he has hazel color eyes. He has kept a thick beard.