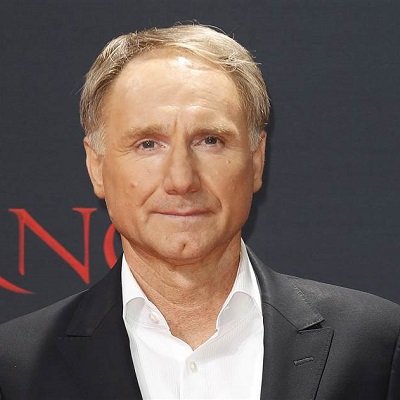 I spend my life essentially alone at a computer. That doesn't change. I have the same challenges every day.

I consider myself a student of many religions. The more I learn, the more questions I have. For me, the spiritual quest will be a life-long work in progress.

What is the relationship of Dan Brown?

Previously, he was married to Blythe Newlon. His ex-wife, Blythe is a historian and painter by profession.

They first met each other when Brown was a music artist and Blythe happened to be the Director of the Artist Development.

Who is Dan Brown?

Dan Brown is a thriller novelist and producer. He is renowned as the best-selling author of the thriller novel The Da Vici Code and The Lost Symbol.

Last, in 2016, he published his latest mystery-thiller, Origin.

His upcoming TV series, Longdon is in the stage of pre-production. Also, he has already made an announcement about his next movie, The Lost Symbol based in his novel.

What are the birth facts of Dan Brown?

Dan Brown was born Daniel Gerhard Brown on the 22nd of June 1964 in Exeter, New Hampshire.

His father, Richard G. Brown is a mathematician and former teacher. Also, he is the author of numerous high school advanced mathematics books.

His mother, Constance Brown-Gerhard is a trained church organist. He has two siblings, Gregory and Valerie. They are of British-Irish-Scottish-French ethnicity. Gregory is a composer by profession.

In 1986, he graduated from Amherst College. During college time, he was an active member of the Psi Upsilon fraternity and Amherst Glee Club. Also, he used to be a writer of visiting novelist, Alan Lelchuk.

One year before graduation, he also joined the University of Seville. Before Amherst, he graduated from the Phillips Exeter.

After graduation, Dan Brown started his career as a music artist. At the time, he released the collection including Happy Frogs and Suzuki Elephants.

Also, he moved to Hollywood to be a singer and pianist. At the time, he also took classes in the Beverly Hill Preparatory School.

In 1993, he became an English teacher of his own school, Phillips Exeter. Also, he used to take Spanish class too. Later, he released the CD titled Angeles & Demons.

However, his career took a great turn when he read the novel, The Doomsday Conspiracy during his vacation. The novel inspired him to write thrillers. Later, he gave up his career as a teacher to be a novelist.

In 1998, he launched his first techno-thriller, Digital Fortress. Moving forward, he launched his book, Angels & Demons. The book became the starting point of the character, Professor Robert Langdon.

After that, he launched the series of the book Deception Point and The Da Vinci Code. The series instantly became the big hit with the sales of millions of copies of the series.

As of now, he is expanding his career to the movies with his books like The Da Vinci Code and Angels & Demons based on his novel.

How much is the net worth of Dan Brown?

As of 2022, he has an estimated net worth of $160 million. As one of the best thriller novelists, his earnings are in the range of $20 million yearly.

His net worth is attributed to the sales and royalties of his book.

Besides that, he also makes through his production works too.

Recently, he has been in the headlines when his ex-wife, Blythe Newlon filed a lawsuit against him in New Hampshire. He accused The Da Vici Code novelist of leading a double life.

Also, she mentioned that he had extramarital affairs that include a Dutch horse trainer. Also, she accused helping her financially to purchase horses to help the horse training business through their joint account.

Besides that, she also accused that the writer hid his upcoming projects and assets from her during the time of divorce.

On Instagram, he is following the museums like the Dallas Museum of Arts, The Jewish Museum, and Van Gogh Museum.

Back in August 2005, Author Lewis Perdue sued him for the novel The Da Vinci Code called it plagiarised.

The made the claim based on the similarity with his novel The Da Vinci Legacy and Daughter of God. However, Brown won the case in April 2006.

Dan Brown is hazel-eyed with light hair. He stands at a height of 5 feet 8 inches and weighs around 68 kg.

You may also read the bio of Benjamin Nugent, Holiday Reinhorn, and Scott Conroy.