THE DAN BAND member Dan Finnerty is married and a father of one girl.

Kathy is a well-known actress. Gloria Steinem officiated the ceremony.

The couple welcomed their daughter, Samia Finnerty in December 1996. Samia is a musician now. 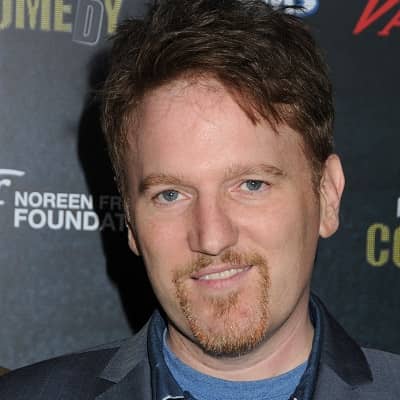 Who is Dan Finnerty?

Dan Finnert is an American Film Actor, Singer & Musician. He is also the creator and the lead vocalist of the comedy band, The Dan Band.

He is best known for singing performances in Todd Phillips’ comedy films Old School, Starsky & Hutch, and The Hangover.

The name of his father and mother are unknown. Yet he seems to be very close towards his family members. He posts different photos with them on his social media account.

He is of American nationality and Irish ethnicity. He has his graduation from Emerson College.

Dan Finnerty is now the lead singer of the hit comedy group The Dan Band. Its live show was filmed in Los Angeles as a one-hour concert special Dan Finnerty & The Dan Band: I Am Woman on the Bravo channel.

Finnerty became famous for his hilariously foul-mouthed rendition of “Total Eclipse of the Heart” as the wedding singer at Will Ferrell’s wedding in the movie Old School. It was directed by Todd Phillips and then he featured Dan and after he gains more popularity.

Then he was seen as a bat-mitzvah singer in Starsky & Hutch and again as the irreverent wedding singer in The Hangover.

After that, he was cast in The Terminal and signed on to executive produce his comedy special. He then performs at”Rock of Ages” in Los Angeles.

He appeared over 15 times as a comedy correspondent on “The Jay Leno Show” and The Tonight Show with Jay Leno.

“The Dan Band” has released 3 albums: The Dan Band Live, Ho. A Dan Band Xmas and The Wedding Album.

He recently appeared in the Netflix film Dumplin’ He also performs the song “Look At Her” which he co-wrote with American Idol musical director Michael Orland.

Being one of the successful personalities, his net worth is around $2 million. He as a lead vocalist has good earning and maintaining a lavish lifestyle.

Dan Finnerty stands with a height of 6 feet weighing 85 kg.

He has brown colored hair and blue colored eyes.