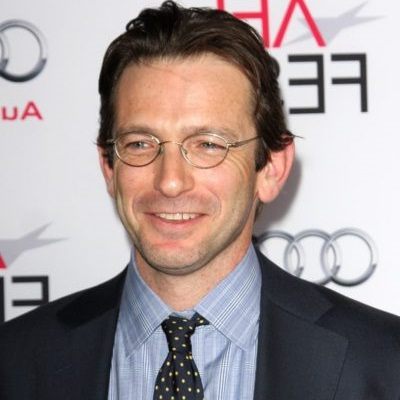 I probably, at this point, feel more comfortable doing theater. I feel I'm still figuring out film acting, but I like both of them in very different ways.....I'm not anti-TV at all. I don't watch a lot, but I wouldn't mind making a living from it." Interview with Carol Deegan, May 19, 1998.

The two biggest moments of my life were walking on-stage (as an actor) in Tony Kushner's Angels in America on opening night on Broadway. The second was being nominated for a screenplay Oscar along with him.

Dan Futterman is married to Anya Epstein. His wife is a producer and writer by profession.

Who is Dan Futterman?

American Dan Futterman is an Academy Award-nominated screenwriter, actor, and producer. He is renowned as Danny of A Mighty Heart.

Last, in 2018, he produced the series, The Looming Tower.

Currently, he is associated with the TV series, Rush as a Producer and Writer. As of now, the series is in the stage of the pre-production stage.

Dan Futterman was born on the 8th of June 1967 in Silver Spring, Maryland. His birth name is Daniel Paul Futterman.

He has three siblings. They are raised in a conservative Judaism environment. They are of the Russian-Ukraine ethnicity.

In 1985, he graduated from Mamaroneck High School in Mamaroneck, New York. Later, in 1985, he earned his bachelor’s degree from Columbia University.

In the early ’90s, Dan Futterman started his acting career as a theater artist. His first play, Club Soda was produced by WPA Production. Following the play, he made his appearance in the plays including Angels in America as Volubel Louis Ironson and A Fair Country.

At the same time, he was exploring his career in the movie too. In 1991, he debuted in the movie with the movie, Daughters of Privilege. The same year, he appeared in the movies; The Fisher King as second Punk and Big Girls Don’t Cry … They Get Even as Josh.

Till the date, he has appeared in more than 15 movies. Some of his movies along with the year and characters are-

Besides that, he has made his appearance in the series including Will & Grace, Judging Amy, and Political Animals.

In 2005, he debuted as the producer and writer of the movie, Capote. The movie is based on the life event if Truman Capote who learned about the murder of the Kansas family. For the screenplay, he was also nominated for Oscar. Also, he won the Independent Spirit Award and BSFC Awards for the scriptwriting of the movie.

In 2010, he contributed his script to the series, In Treatment. Also, he happens to be the producer of the series. After that, in 2014, he produced and wrote the movie, Foxcatcher. For the movie, he was nominated for the Oscar for the second time.

Moving forwards, he produced the series the mini-series like Gracpoint and The Looming Tower.

As of now, he has managed to maintain his dignity as an entertainment personality. Till the date, he has not been through any sort of controversy and scandals that created a buzz in the media.

Also, he has managed to maintain his distance from rumors too.

Dan Futterman has blue eyes with black hair. He stands at a height of 5 feet 9 inches and weighs around 75 kg.

You may also read the bio of Max Walker, Joshua Bassett, and Ron Bottitta.