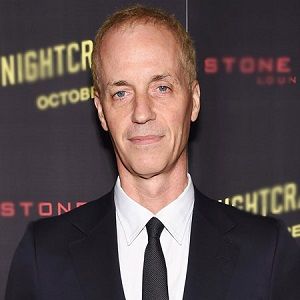 The real reason why people are going with digital is that it's extraordinarily mobile, and it's cheaper, and it has a great image, and you just can't beat it at night. It's pulling in variations of colors

it's pulling in lights from 40 miles away - a candle would be seen.

One of the things about the '70s films I love - the films 'Nightcrawler' is being compared to, like, 'Taxi Driver' - is that they never put their flawed characters into any one box.

I'm often stunned when I come up over Mulholland, and I'm looking down at the Valley, and I can see for thirty miles

I can see the mountains, or all the way to the ocean.

Who is  Dan Gilroy?

Dan Gilroy is an American screenwriter and film director best known for writing and directing the 2014 thriller “Nightcrawler”, for which he won Best Screenplay at the 30th Independent Spirit Awards, and was nominated for Best Original Screenplay at the 87th Academy Awards.

Gilroy was born in Santa Monica, California, the U.S. on June 24, 1959. His ethnicity is mixed(Irish, Italian, German, and Hungarian) and his nationality is American.

His father Frank D. Gilroy is a Pulitzer Prize-winning playwright and mother Ruth Dorothy is a sculptor and writer. He has two brothers, Tony Gilroy who is also screenwriter and director and John Gilroy, who is a film editor.

Talking about his education, he was educated at Washingtonville High School and later he got his graduation from Dartmouth College in 1981.

Also Read: Biography of Jeff Leatham and know his relationship, education, ethnicity and many more

Dan Gilroy started his career from 1992. Gilroy has been active in the entertainment industry. His career started as a co-writer with the film “Freejack”. Till the date, he has worked in 9 movies as a co-writer which includes Esq”, “Kong: Skull Island”, “The Bourne Legacy”, “Real Steel”, “The Fall”, “Two for the Money”, and “Chasers”.

Dan Gilroy made his Directorial debut with the thriller “Nightcrawler”. This film was a huge success and has won Best Screenplay at the 30th Independent Spirit Awards. Furthermore, he has nominated in various award including the Best Original Screenplay at the 87th Academy Awards.

He has estimated Networth of $10 Million.

There is no rumors and controversy regarding him and his life. At present, he is far from controversy.

Gilroy has the height of 5 feet 11 inches. He has brown hair and brown eyes. Furthermore, there is no information regarding his weight and other body measurements.