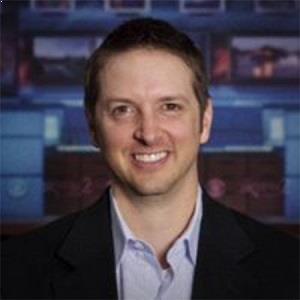 What is the relationship of Dan Greiner?

Although there is a lack of information regarding the couple’s relationship, they are believed to have met in a bar. They met at a place called Kincaid’s in the Lincoln Park area.

It is said that the couple runs their multi-million company from a shared desk. They are supportive of one another and no news of any extramarital affairs is known at the moment.

The couple does not have any children from the marriage and they have not discussed their future plans regarding the expansion of their family.

In fact, Lori has said in one of her interviews that she currently has no plans to have children as this may slow down her work but she will definitely think about the topic in the coming future.

Who is Dan Greiner?

Dan Greiner works as the Chief finance manager at For Your Ease Only.Inc. He is in the limelight as the better half of the American inventor and entrepreneur Lori Greiner.

He previously worked as a controller at ‘Bell & Howell’.

Dan is of Caucasian ancestry. Information regarding the birthdate, father, and mother of Dan is not known.

He likes to keep his personal life private and he has not disclosed any of his past information to the public. Information on his education life like schooling, college, graduation, etc. is not given.

Dan Greiner previously worked at ‘Bell & Howell’ as a Division controller while his time there. He was not famous initially but his fame rose after he married Lori Greiner. She is a renowned American self-made inventor/entrepreneur who has been involved in several projects and has also acted in numerous television series during her career.

One cannot talk about Dan without mentioning the name of his wife Lori. The couple has been supportive of one another since the beginning and they reached the height that they are now by the joint support of both of them.

Dan currently works as the finance manager for ‘For Your Ease Only.Inc’. He has supported his wife’s work from the very beginning of their relationship. He has been there to help his wife in every step of her life and this joint venture has resulted in numerous successful projects in their career.

So far he hasn’t won any small or big awards.

How much is the net worth of Dan Greiner?

As a finance manager at For Your Ease Only.Inc, he earns a good amount of money but his salary and net worth is unknown.

This finance manager has not been involved in any controversies to date and has been successful in maintaining a good public image.

Dan Greiner’s height and weight are unknown. He has brown eyes, light brown hair, white skin, and an athletic body type. There is no information on his dress size and shoe size.

Tags : For Your Ease Only Inc Lori Greiner Manager

Famous inventor Lori Greiner married to Dan Greiner feels that she has a very loving and supporting husband!