Dan Harris is a correspondent for ABC News. He is married and a father of one. 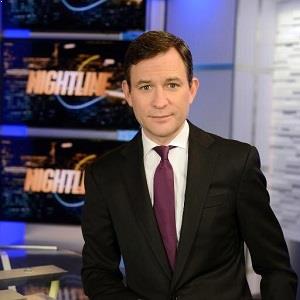 It was the longest, most exquisite high of my life, but the hangover came first

What is the relationship of Dan Harris?

Dan Harris is a married man. He has been married to Dr. Bianca Harris since May 30, 2009. The pair’s wedding ceremony took place in New York. Their first child, a baby boy, Alexander Robert Harris was born on December 15, 2014. They currently reside in New York City with their son.

The couple has three cats: Steve, Gus, and George. All in all, the marriage seems to be going strong as no news regarding any extramarital affairs or divorce is known.

Who is Dan Harris?

Dan Harris is a correspondent for ABC News. In addition, he is an anchor for ‘Nightline’ and co-anchor for the weekend edition of ‘Good Morning America’.

Dan Harris was born in Newton, Massachusetts on July 26, 1971. As of 2022, he is 51 years old. He was born to his father Jay R. Harris and his mother Nancy Lee Harris. His father is the chairman of Harvard’s radiation oncology residency program and also the recipient of the 2007 American Society for Therapeutic Radiology and Oncology Gold Medal. His mother Nancy is a pathologist at Massachusetts General Hospital in Boston.

Furthermore, his younger brother, Matthew Carmichael Harris, is a venture capitalist. He refers to himself as half-Jewish and culturally Jewish. Currently, there is no information regarding Dan’s ethnicity. He is of American nationality. Talking about his childhood, he was raised in Newton, Massachusetts, a suburb of Boston.

Talking about his education, Dan attended Colby College in Waterville, Maine. Later, he graduated from there in 1993. He was the original drummer for the rock band The Unbind. In addition, he also holds honorary doctorate degrees from Colby and Massachusetts College of Liberal Arts.

Initially, Dan began his career as an anchor for WLBZ in Bangor, Maine. In 2000, he joined ABC News. Next, from 2006 to 2011, he became the anchor of the ‘World News Sunday’. In addition, he frequently anchors ‘World News’, ‘ABC World News Tonight’ weekend editions and ‘Nightline’. Additionally, he is also a frequent contributor to ‘World News’.

In September 2005, Dan anchored ABC’s coverage of Hurricane Katrina. Furthermore, he also became the new co-anchor for the weekend edition of ‘Good Morning America’. He became the co-anchor for ‘Nightline’. He has reported several important events including mass shootings in Newtown, Connecticut, Aurora, Colorado, and Tucson, Arizona. Also, he has covered various natural disasters from the earthquake in Haiti to Myanmar to New Orleans.

Furthermore, he reported on combat in Afghanistan, Israel, Gaza, and the West Bank, and has made six visits to Iraq. In 2012, Dan anchored ABC News Digital’s debate coverage for the presidential election. Furthermore, in 2014, he covered the shootings on Parliament Hill in Ottawa and the opening of One World Trade Center in New York. He has also covered stories on exotic animals such as tigers, lions, clouded leopards and various types of lemurs. It was announced on March 1, 2016, that he would become the host of the game 500 Questions, replacing Richard Quest.

Dan was honored with Edward R. Murrow Award for his reporting on a young Iraqi man who received the help he needed in order to move to America. Furthermore, in 2009, he won an Emmy Award for his “Nightline” report, ‘How to Buy a Child in Ten Hours. In addition, he won the award for Outstanding Live Coverage of a Current News Story – Long Form in 2010. In 2014, Dan published the book, ‘10% Happier: How I Tamed the Voice in My Head, Reduced Stress Without Losing My Edge and Found Self-Help That Actually Works.

Dan Harris had a panic attack on live television on Good Morning America in 2004. Furthermore, he became part of a controversy after he confessed to his drug abuse issues in a blog post and even considered it the primary cause of his panic attack.

Talking about his body measurement, Dan has a height of 5 feet 9 inches or 70 inches. Furthermore, his hair color is black and his eye color is hazel.