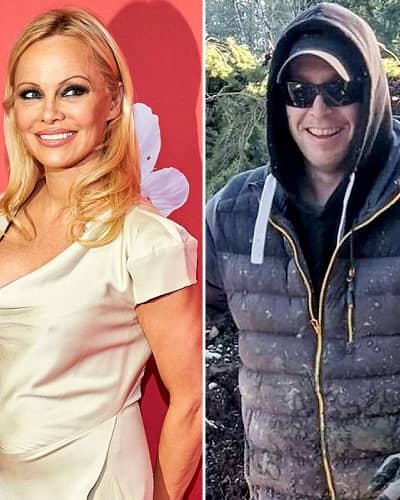 Dan Hayhurst is the lucky bodyguard and husband of a very tempting siren Pamela Anderson. Dan and Pamela walked down the aisle at her Vancouver Island home on Christmas Eve.

They have been together all the time last year during the Covid-19 lockdown in Canada.

On 27th January 2021, Pamela confirmed her marriage to Dan. Anderson wore a white and light-blue dress and cream-colored corset to marry him.

“I was married on the property I bought from my grandparents 25 years ago. This is where my parents were married and they are still together. I feel like I’ve come full circle. I think this romantic property has a lot of healing energy. I’m at peace here. It’s a big property,”

They made their relationship public in September 2020 after Pamela divorced her husband Jon Peters.

The age difference between Dan Hayhurst and Pamela Anderson

Dan Hayhurst is in his 40s as per sources while Pamela Anderson is 53 years old. Pamela is a few years older than him. The source claimed that he has been her bodyguard for two years. Likewise, he is not a Hollywood insider. The source added,

“She’s super happy and he’s been helping her fix up her home on Vancouver Island.”

How much is the net worth of Dan Hayhurst?

Dan Hayhurst might earn a decent earning from being the bodyguard of his lady love Pamela Anderson. His net worth is estimated to be around $200 thousand.

His wife Pamela has a net worth of $12 million. When it was the peak of her career, she earned more than $300,000 per episode which made her $6.6 million per season.

Pamela Anderson is a Canadian American actress and model. People mostly recognize Pamela Anderson for her roles in the television series ‘Home Improvement’, ‘Baywatch’ and ‘V.I.P.’.

Additionally, she rose to fame as Playmate of the Month for Playboy magazine in February 1990. Read more bio… 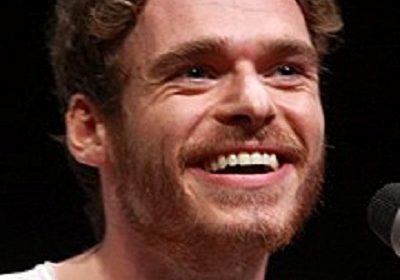