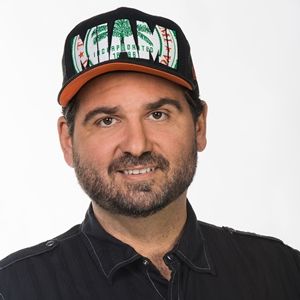 Dan Le Batard is currently engaged to his longtime girlfriend, Valerie Scheide in September 2018. They were dating from 2017 and now they are going to marry in late 2019.

Dan saw Valerie in a restaurant while she was celebrating her parents’ anniversary.

Who is Dan Le Batard?

Brilliant sportswriter Dan is a host for a radio station and a TV reporter. Dan is also a sportswriter.

He is known as ESPN and Miami Herald hosts.

Currently, he is a host of the show, Highly Questionable for ESPN.

His father Gonzalo Le Batard is a radio host and his parents were Cuban-immigrant.

Dan is fluent in Spanish, which he learned from his parents.

Dan has a brother, David Le Batard. David is a Miami-based artist professionally known as LEBO.

He was enrolled to Chaminade-Madonna College Preparatory.

Later, he joined the University of Miami. In 1990, he graduated from there with a Degree in Journalism and Politics.

Dan initiated his career after graduating from the University of Miami in 1990.

At the age of 22, he started working as a sports columnist for the Miami Herald.

He reported on the “Miami Hurricanes Football Team Pell Grant scandal” as his first work in Miami Herald.

This boosted his career and he also started hosting a different radio show.

In 1998, he supported the opening of “ESPN The Magazine”.

Moreover, he is able to make a popular name for himself through his skillful writing and hosting.

Working at Miami Herald and ESPN raised his fame to a top-level.

Presently he hosts and co-hosts shows like “Highly Questionable” and “Pardon the Interruption”.

Dan Le Batard has an estimated net worth of $2 million and his monthly income is $40,000.

Dan had been in some controversies due to his professional career. The Baseball Hall of Fame Balloting handed him a one-year ban. It was because he gave away his voting right of selecting baseball players to a sports news site, ‘Deadspin’.

Another controversy surrounded him on August 7, 2014, when he referenced some billboard in Akron, Ohio which read “You’re Welcome, Lebron. Love, Miami”. This went controversial and he got suspended for 2 days from ESPN.

He has light eyes with auburn hair.

Dan has more than 341k followers on his Twitter.