Who is Dan Marino Married to ?

Dan Marino at present is a married man and is living happily with his family. He exchanged vows with Claire D. Veazey at St. Regis Roman Catholic Church in January 1985.

They are parents to six children together. Among them, Daniel Charles, Michael Joseph, Joseph Donald, and Alexandra are their biological children while Niki Lin and Lia from China are their adopted children. 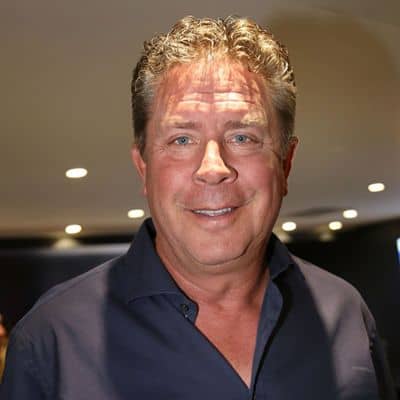 Who is Dan Marino?

Dan Marino is a popular ex-football quarterback. He played for the Miami Dolphins in the National Football League (NFL).

He is recognized as the last quarterback taken in the first round of the 1983 quarterback class by holding dozens of NFL records relating to the quarterback position.

Dan Mario was born in Pittsburgh, Pennsylvania, the United States on September 15, 1961. Marion is 60 years old as of 2022 and holds an American nationality.

He maintains mixed (Italian and Polish) ethnicity. Virgo is his birth zodiac sign according to the astrologers. Daniel Constantine Marino Jr. is his full birth name.

Daniel Marino is his father’s name while Veronica KolczynskiMarino is his mother’s name. Having two younger sisters named, Cindi and Debbie, he is the eldest child in the family.

His father was a newspaper-delivery man working for the Pittsburgh  Post-Gazette.

Coming towards his educational life, he went to St. Regis Catholic Elementary School and later enrolled at Central Catholic High School based in Pittsburg.

While studying at the Catholic High School, he starred in baseball and earned Parade All-American honors in football. In 2979, he was drafted by the Kansas City Royals in the 4th round of its amateur but later he chose football.

He played on the college football team of the University of Pittsburgh from 1979 to 1982. Under his leadership, Pittsburgh Panthers were able to beat West Virginia University Mountaineers in 1979.

Again, in 1982, his University football team won over Georgia Bulldogs during a Sugar Bowl match.

During United States Football League he was drafted by Los Angeles Express but later, he signed a contract with Miami Dolphins.

He was taken as a backup to starter David Woodley during his first season. Being able to throw more than 20 touchdowns he was selected to the Pro Bowl as a rookie and was even given the title of ‘league Rookie of the Year.’

Eventually, he was able to become the first quarterback to pass for 60K career yards.

Similarly, he played against the San Francisco 49ers during Super Bowl XIX and lost it with 29 completions out of 50 attempts for 318 yards.

He could not play in 1993 after his injury. He made 473 yards and five passing touchdowns while playing against the New England Patriots during a home game.

His performance in the game drove his team in a game against the New York Jets and ended with 10-6 and 4,453 yards. Later, he was given the name of NFL’s Comeback Player of the Year.

He took active participation in the marketing procedure of Team Cheever of the Indy racing league via FirstPlus Mortgage in 1997.

He had his first playoff road win after winning over the Seattle Seahawks in a match on January 9, 2000. On January 16, 2000, during the second round dolphins lost 62-7 against the Jacksonville Jaguars after which backup Damon Huard replaced him after one series in the second half.

In 2000, he announced his retirement though, he had a team offer from Tampa Bay Buccaneers, Pittsburgh Steelers, and Minnesota Vikings.
He was Senior Vice President of Football Operation of the Miami Dolphins for a short period in early 2004. He was placed into the Hall of Fame in 2005.
Additionally, he was honored with an honorary doctorate degree in broadcast journalism by the University of Pittsburgh in 2008. From 2002 to 2013 he served as an analyst for CBS’s ‘The NFL Today.’
Dan Marino revealed his return to the Dolphins as a special adviser on August 24, 2014.

According to Celebrity Net Worth, the net worth of Dan Marion is estimated to be about 50 million USD owing to his successful career as per 2022’s data.

But, his annual salary and earnings have not been made public yet.

This athlete, Dan Marino has not been involved in any unnecessary rumors and controversies as he is able to maintain a clean profile.

Dan Marino stands at the height of 6 feet 4 inches and weighs around 102 Kg. Moreover, he has a couple of blue eyes and brown hair.

Dan Marino is available on Instagram under the username, @dan13marino which has around 124K followers while his Twitter account is enriched with more than 199.6K followers.

There is also an official Facebook page under his name, Dan Marion which has garnered about 7.1K followers.