Dan Peres is a memoirist and Journalist. Dan Peres is not having an affair with anyone presently. 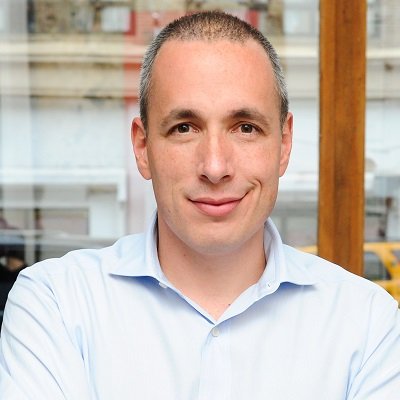 Previously, he was married to the Australian actress, Sarah Wynter. They got married on the 20th of August 2005. Together, the couple has three children; Oscar (b. 2008), Julian, and Samuel.

His twin children Julian and Samuel were born on the 13th of April 2011.

The former couple apart their away from divorce in 2014.

Who is Dan Peres?

American Dan Peres is a memoirist and Journalist. Dan Peres is renowned as a former editor in chief of Details Magazine.

Currently, he is associated with Ad Age as an Editor in Chief and Seven Across as a Chief Creative Officer.

Dan Peres was born on the 14th of October 1971 in Baltimore, U.S. He is of Mixed (Portuguese-Spanish-Hungarian) ethnicity.

Till the date, he has not shared any detail on his family background including his mother, father, and siblings.

In 1989, he joined the New York University. In 1993, he earned a bachelor’s degree with Honors in Arts and major in Journalism.

During his University days, he used to work as the editor of the student weekly newspaper, Washington Square News. At the time, he was also associated with The New York Times as a copy boy. Moving forward, he became the research assistant of the men’s magazine, Esquire.

After graduating from the University, Dan Peres expanded his career as an associate editor at fashion trade journal, Women’s Wear Daily (WWD), and W Magazine.

Later, in 1997, he was promoted to the European Editor of the W magazine. At the time, he used to work as the team leader and manager of the editorial teams based on London, Milan, and Paris. Also, dealing directly with top designers and brand CEOs and maintain harmony between them was his primary job.

In 2003, he left the magazine to be the editor-in-chief of the Details Magazine which was recently relaunched at the time. The year, he was named as one of the 21 Most Intriguing People of the year. He gave 15 years for the magazine from his career and left the firm in 2015.

In March 2016, he founded the consulting firm, Seven Across. The firm workes in the field of brand management, marketing, and making social media strategies. Also, he happens to be the chief creative officer of the firm. Last, in July 2020, he joined the Ad Age as the editor-in-chief.

Apart from being a fashion journalist, he is an aspiring author too. In 2007, he launched his first book, Details Men’s Style Manual. Recently, in February 2020, he published his latest book, As Needed for Pain.

The book is based on his life event journey from opioids addiction to being sober.

Besides that, as a chief creative officer, his earning range from $68k to $357k. Also, he makes through his books too.

Dan Peres has brown eyes with light hair. He has decent height and weight with an ectomorph body type. Details on his body stats are not available.

Till the date, he has managed to maintain a distance from any type of controversy and scandals that created a buzz in the media.

However, back in 2014, there were rumors that he was getting divorced from his ex-wife. At the time, there was speculation that he was having an affair with a well-known publicist at a top fashion house. Later, the rumor turned true as he parted from his then-wife.

On Instagram, he is following the personalities Bobby Parrish, Amanda Lauren, and Leah Remini.

You may also read the bio Dario Melendez, Leif Coorlim, and Yasmeen Ghauri.

What is the curse of Grimaldis? Who in the Monaco royal family have been victims of it?