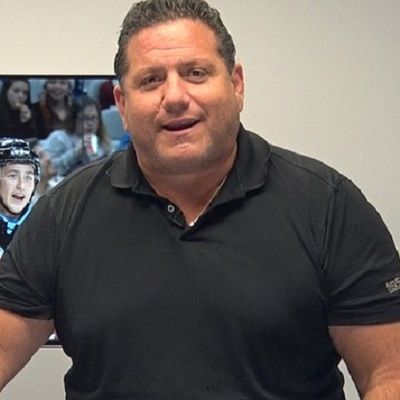 Dan Sileo is currently single. On 18th February 2019, he tweeted that his daughter Danielle found a picture of him playing in the NFL.

Similarly, he often tweets pictures of her daughter.

Who is Dan Sileo?

He is well known for being the part of Dallas Cowboys, Detroit Lions, Orlando Thunder, Las Vegas Sting, and  Las Vegas Posse.

As of August 2019, he is hired by IHeartMedia and he hosts the afternoon on Fox Sports 910 KGME and The Dan Sileo Show.

Daniel William Sileo was born on 3rd January 1964 in Samford, Connecticut to parents of Italian-American ancestry. One of his relatives, Andy Robustelli is the former New York Giants defensive end.

Dan attended the University of Maryland in College Park, Maryland. As a Freshman, he played in 10 games and broke Hall of Famer Randy White’s record. At Maryland, he was a backup on the 1983 Atlantic Coast Conference Championship team.

Dan spent his entire NFL career as a backup and special players and in 1987 he played the regular-season game. In the year 1992, he tried to come back to play for the Orlando Thunder of the World League of American Football.

He played for the Las Vegas Sting where he made honorable mention All-League and helped lead the Sting to the playoffs.

In the year 1993, he was hired by Cowboy Bob Orton and trained him in Atlanta. He played under the name Bonecrusher Sileo and went to the Catch Wrestling Association in Vienna, Austria.

Later, he was hired by New Japan Pro Wrestling in Tokyo and he wrestled at the Tokyo Dome.

Dan started his radio career after being hired by 810 KGO San Francisco as a sports anchor on the morning show called Dunbar and Rosie. After that, he moved to another local station 680 KNBR and hosted Sportsphone 68.

One of his longest stints was on 620 WDAE in Tampa as the morning drive host. In February 2014, he was hired by San Diego’s The Mighty 1090 AM XEPRS and he hosted the morning show from 6 am-9 am.

Sileo left The Mighty 1090 AM in January 2018 for new talk show The Machine. Likewise, in August 2019, he was hired by IHeartMedia to host afternoons on Sports 910 KGME in Phoenix.

The estimated net worth of Dan is 1 million US. As a radio host, his earnings is around $24k-$86k US.

In the year 2012, Dan was the host of a popular morning show on WDAE 620-Am. But he got fired after he made some incredibly ignorant comments on the show.

He called three All-American NFL free agents ‘Monkeys’ which got him in trouble. Similarly, he has been fired three times by Florida radio stations in a 20-month span from 2012-13 for inappropriate comments that went air on his personal Twitter account.

Dan has dark hair and brown eyes. He is 6 feet 2 inches tall and weighs around 128 kg.

You may also read the age, parents, career, net worth, body measurement and social media of Roger Hedgecock, Matt Siegel, and Susan Olsen