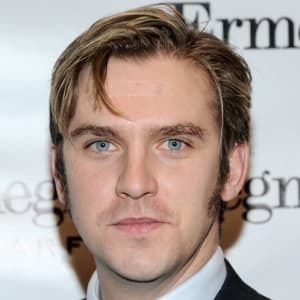 A British porch is a musty, forbidding non-room in which to fling a sodden umbrella or a muddy pair of boots

a guard against the elements and strangers. By contrast, the good ol' American front porch seems to stand for positivity and openness

a platform from which to welcome or wave farewell

a place where things of significance could happen.

My dad tells me that he took us to a pantomime when I was very, very small - panto being a sort of English phenomenon. There's traditionally a part of the show where they'll invite kids up on the stage to interact with the show. I was too young to remember this, but my dad says that I was running up onstage before they even asked us.

We take so many of our freedoms for granted nowadays - I can travel where I like, I can have a baby when I like, I can do any job I want - but I do think chivalry has been lost a little bit.

Moreover, the couple is spending more time with their children.

Who is Dan Stevens?

Dan Stevens is an English actor who has also starred as Sir Lancelot in the adventure film Night at the Museum: Secret of the Tomb (2014), David in the thriller film The Guest(2014), Lorin Willis in the biographical legal drama Marshall (2017), The Beast/Prince in Disney’s live-action adaptation of Beauty and the Beast (2017), and Charles Dickens in the biographical drama The Man Who Invented Christmas (2017).

An English actor was born on 10 October 1982 as Daniel Jonathan Stevens in Croydon, Surrey, England, UK.

His parents are unknown. Dan was adopted by parents who were teachers. He has an adoptive younger brother as well.

He grew up in Wales and southeast England with his adoptive younger brother.

When he developed an interest in acting after he auditioned for the titular role in the play ‘Macbeth’, he educated at Tonbridge School.

He also started taking summer training in the National Youth Theatre in London from the age of 15. Later, while he studied at the Emmanuel College, Cambridge University and was spotted by director Peter Hall when he was playing the titular character in ‘Macbeth’ alongside Hall’s daughter Rebecca Hall.

Stevens began his professional acting career in 2004 when Peter Hall cast him as Orlando in his touring production of Shakespeare’s As You Like It. As well as, he starred as Nick Guest in 2006, in the BBC adaptation of Alan Hollinghurst’s Booker Prize-winning novel The Line of Beauty. And in the same year later, he played Simon Bliss in Hay Fever by Noël Coward at London’s Haymarket Theatre.

Stevens appeared in the BBC adaptation in 2008, of Jane Austen’s novel, Sense & Sensibility, playing Edward Ferrars, and the West End revival of Noël Coward’s The Vortex. He appeared in January 2009, on New Year’s Day in Agatha Christie’s Marple: Nemesis on ITV1 in Britain. He returned to the West End in June 2009, playing Septimus Hodge in an acclaimed revival of Tom Stoppard’s Arcadia at the Duke of York’s Theatre.

Finally, he got his biggest break in 2010, when he was cast as Matthew Crawley in the ITV series Downton Abbey. It was created and written by Oscar-winning screenwriter Julian Fellowes. Dan guest-hosted an episode in November 2011, of Have I Got News for You. He completed shooting Vamps in March 2012. Moreover, it was the latest film from Amy Heckerling, and Summer in February, an Edwardian romance film set in an artist colony.

Moreover, Stevens starred in 2014, in the independent film The Guest. The movie won the critical acclaim for his portrayal of a recently discharged army veteran. In this film, he goes on a killing spree to protect his true identity.  Stevens starred in 2018, in the Netflix thriller film Apostle, directed by Gareth Huw Evans. The film released on 12 October 2018.

In 2014, he won BloodGuts UK Horror Award for the best actor.

Stevens was on the controversy surrounding his leaving the Downton Abbey (2010) cast to make ‘The Guest’.

He earns a numerous amount of money but has been hiding from the media.

His estimated net worth is about $4 million which he earns from his profession.

He is a good-looking guy with dark brown hair and with blue eyes.

Besides, Stevens is 6 feet tall with the body mass of 75 kg.