Dana Carvey an American stand-up comedian and impressionist who appears in Saturday Night Live. He is also an actor, writer, screenwriter, and producer. Dana is married since 1983.

Dana Carvey is married to Paula Zwagerman on 8th January 1983. The couple has two children, Dex Carvey and Thomas Carvey.

Dana and Paula met in 1979 in a café in San Francisco, Carvey. They engaged after a year of dating in 1980.

He resides in Mill Valley in Marin County, California with his wife and children. Even if he is dating or has a girlfriend, there is no information about his love interest.

He was previously married to Leah Carvey in 1979 but had differences after a year of marriage. The couple divorced in 1980. 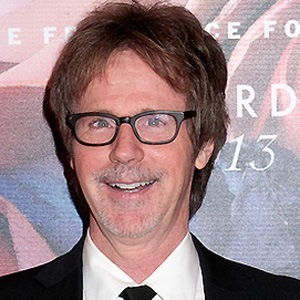 “If I only ran when nothing hurt, I would never run.”

“I have no regrets. I wanted to raise the kids and be a present father. When I developed a movie, I was gone for a year. That didn't really work for me. That isn't fair to make these life-forms and then disappear.”

“I think free speech is probably the coolest thing we have in this country, and again, you can label it hate speech and dismiss it, and then you're allowed to censor it.”

Who is Dana Carvey?

Dana Carvey is an Emmy award-winning American actor. He is also a writer and stand-up comedian.

He is famous for his appearance as a cast member on Saturday Night Live and for playing the role of Garth Algar in the Wayne’s World films.

Carvey was born on June 2, 1955, in Missoula, Montana, the U.S. He is 67 years old. His nationality is American and his ethnicity is mixed(English, German, Irish, Norwegian, and Swedish).

He is the son of Billie Carvey(mother) a school teacher, father Bud Carvey a high school business teacher, and brother of Brad Carvey the engineer/designer of the Video Toaster.

When he was three years old, his family moved to San Carlos, California in the San Francisco Bay Area. He received his first drum kit at an early age.

He earned his bachelor’s degree in broadcast communications from San Francisco State University. After college, he started performing stand-up comedy.

Carvey had a minor role in Halloween II and co-starred in One of the Boys in 1982. In 1984, Carvey had a small role in Rob Reiner’s film This is Spinal Tap, in which he played a mime with fellow comedian Billy Crystal.

He became a household name when he joined the cast of NBC’s Saturday Night Live. During 1992, he played both George H.W Bush and Perot in a three-way debate with Bill Clinton, played by Phill Hartman.

In 1992, he joined Mike Myers in Wayne’s World the film. He won an Emmy Award in 1993 for outstanding individual performance in a variety of music programs.

In 1994, he statted in the film Clean Slate. In 2002, he returned to films in the spy comedy The Master of Disguise.

In 2010, he appeared in the Funny or Die original comedy sketch Presidential reunion.

On April 29 and 30 of 2016, he recorded two live performances at the Wilbur Theatre in Boston, Massachusetts for a Netflix special to be released later in the year.

There are no rumors, controversy, and criticism about Dana Carvey.