Dana Tyler is a Reporter and Anchor from the United States of America. Tyler is currently single.

Tyler is currently single as she has been very secretive about her relationship.

Prior, she has been in a relationship with Phil Collins. He is an English pop superstar and a songwriter. The couple was dating secretly and after four years of having an affair, they announced and confirmed their relationship.

They shared a very sweet and romantic moment together. But after eight years of their relationship, they broke up. And the reason Tyler broke up with Phil was that Phil said he wanted to return to his ex-wife.

She was so shaken by his decision that she took three months break from her work as well just to get over from it. 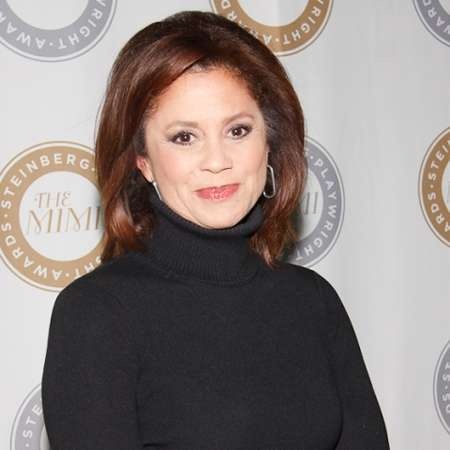 Who is Dana Tyler?

Dana Tyler is a Reporter and Anchor from the United States of America. Tyler anchors the 6 pm Newscast at WCBS-TV.

She is also hosting in half-hour weekly program Eye on New York.

She also hosts several other programs like CBS 2 at Tony’s, CBS 2 at the Met, and Tunnel to Towers Run whereas she joined WCBS as a weekend anchor and reporter.

She spent her childhood in Worthington Ohio. Her father shifted from Florida to Worthington Ohio along with his family for better job opportunities. There is no information on her parents and siblings.

She attended Worthington High School in Worthington, Ohio. Later she got a scholarship and graduated from Boston University when she specialized in journalism. After which she started her career.

Tyler began her career at WBNS-TV in Columbus. Later she moved to WCBS as the anchor and reporter of weekend shows.

After that, she reported for a newscast at 5 p.m. and 11 p.m. Tyler was part of the first African-American team to anchor a newscast. Tyler has also worked with many best-known TV anchors.

Likewise, Tyler has worked alongside Brian Williams, Ernie Anastos, John Johnson, Michele Marsh, Ira Joe Fisher, and Roz Abrams. Roz Abrams was replaced by Tyler, who had replaced her a few years prior.

She also guests starred herself on Everybody Loves Raymond in one episode. Tyler also had a cameo in the Woody Allen film Small Time Crooks as a television reporter.

Tyler was in rumors about her relationship with different guys. Although it has not been cleared because she doesn’t want to discuss her private life and relationship in media.

Tyler was once in the rumor that she split up with her long-term relationship with Phil Collins because of her Facebook status.

Dana has a height of 5 feet 6 inches. Her body weight is not known. She has dark brown hair and dark brown eyes. Furthermore, there are no details regarding her body measurements.

Also know more about the early life, career, net worth, relationships, and controversies of other Reporter and Anchor including Julie Banderas, Andrea Mitchell, Leland Vittert, Nicole Oliverio, and Amanda Lang.