Dani Soares Announced Her First Pregnancy; Find Out Who Is The Baby Daddy And Her Relationship Status!

Posted by MarriedBiography Posted on April 29, 2021 | In Child , Pregnant , Relationship
Share this 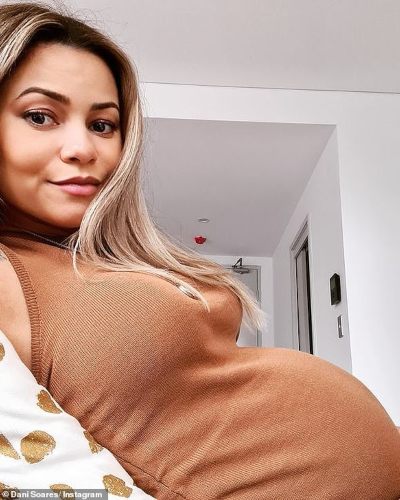 Dani Soares appears on the American television show ‘Below Deck Sailing Yacht. The viewers of the show are loving the boatman of her and Jean-Luc Cerza-Lanaux. Soares recently announced her first pregnancy. The good wishes and prayers for the reality star started flowing on social media. Meanwhile, they also want to know who is the father of her child. Here is all you need to about the television personality and her personal life.

After a lot of rumors and speculations, Soares finally confirmed her pregnancy. She shared an adorable picture of her flaunting her baby bump on her Instagram. The rumors of her pregnancy started when she appeared on Cohen’s Watch What Happens Live. Though she revealed the good news, she is still keeping the identity of the baby daddy secret. On Sunday, April 25, after the announcement, she thanked her followers saying:

“I just wanna say thank you all so much for all the support. It warms my heart to read so many beautiful messages!”

She, then, shared a series of pictures on her account flaunting her growing baby bump. Furthermore, she also mentioned, she will be sharing more pictures of her in the upcoming days. Though she mentioned she will not share the details of her baby daddy, fans are asking the same question time and again.

Speculations about the baby’s father

After the announcement, her fans are curious about knowing about the baby’s father. With the flood of questions, there are also many speculations about him. One of the unverified accounts Bravo and Cocktails claimed Jean is the father. The submission allegedly reads:

“Ahhhhhh someone posted in a group on Facebook that Dani on Below Deck Sailing is knocked up by Jean-Luc and he wants nothing to do with the baby. They gave 0 evidence so I have no clue if it’s true, but I figured as you know all, you would be the place to turn [to] if there was some evidence hanging around.”

The speculations started because of their romantic bond on Below Deck Sailing Yacht Season 2. The shooting of the season started in late Summer 2020 and lasted for six weeks. Moreover, the speculations say, if she conceived the baby from her fellow co-star her due date can be from late April to late June. However, the duo doesn’t follow each other on social media. This can be just speculation and he may not be the father of the baby.