Posted by MarriedBiography Posted on June 22, 2021 | In Child , Family Feud , Relationship
Share this 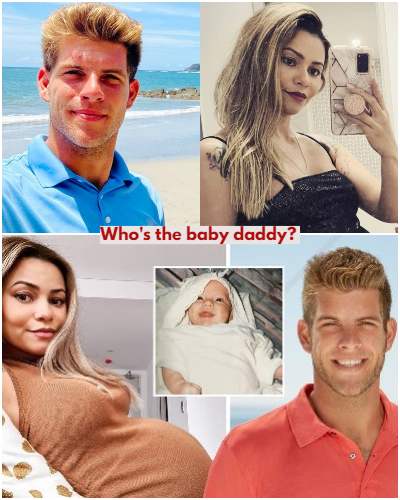 Dani Soares and Jean-Luc Cerza on the baby drama

The drama started after Soares stated the baby’s daddy has nothing to do with the baby. She is continuously sharing updates on her and her daughter after giving birth in May. After her statement, many of her fans went to Jean-Luc’s social media. After staying quiet for a while, he finally addressed the matter, Jean claims he did not know anything about the pregnancy. Moreover, he also claimed he also knew about the birth of the baby through Soares’ post on Instagram.

Dani Soares and Jean-Luc Cerza on the baby

Amid the speculations of Jean being the father of Dani’s newborn baby girl, he finally addressed everything. The rumors of his involvement in paternity started after the sneak peek of Below The Decks season 2. In the clip, Soares told the baby’s father is keeping a distance from her and their baby. Meanwhile, on the other hand, Jean claimed he had no idea about her pregnancy. On Saturday, Jean made a lengthy Instagram post clearing up the air regarding ongoing baby drama. The Below Decks star stated:

“While others are off chasing their 15 minutes of fame, I am working on a yacht in Central America and heartbroken to have to hear about the baby’s birth on social media and read headlines like “Dani Soares Says Her Baby’s Father Doesn’t Want Anything to Do With It,” Cerza-Lanaux wrote. “All I can say is if she’s mine, I want to be involved 100%.”

Moreover, he also added his childhood saying he grew up with parents who weren’t together. The reality star further added he does not want that to happen to any child. He also added he is not neglecting his responsibility and no one wants to know if the baby is more than him himself. Furthermore, he made a follow-up post on Instagram revealing he did not know anything about the pregnancy. He only learned about the baby’s arrival through Dani’s post herself.

Why is he not with the baby?

After learning Jean is possibly the father of the baby, many wondered why is he not with the baby. As Dani gave birth to the baby in her native place Australia, he is not able to travel there. He also added he wants to take the parental tests for the baby together rather than shipping samples across the country. The reality star also made it clear why he is sharing details on his Instagram. He said this is the only way to address rumors of him not wanting to involve in the baby’s life.

The reality star also updated he got a message from Dani without revealing what was in it. However, some of his co-stars did not take his explanations in a good way. Colin MacRae told him to not play the victim on the ongoing matter. He also added everyone in her circle knew “how you have treated her for the last 9 months.”

Tags : Below The Deck Below the Deck family