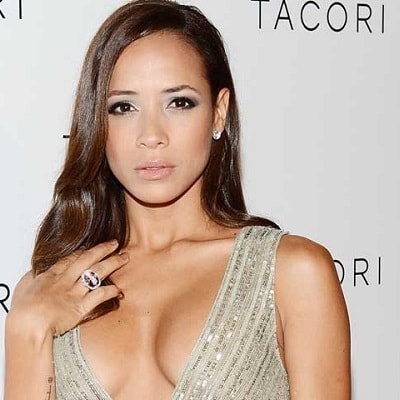 I'm always optimistic and grateful for every opportunity I get.

Being an immigrant gives you so much courage.

Dania Ramirez is a married woman. She has been married to director John Beverly Land since February 16, 2013. He has a son named Kai from his ex-wife Sharon Leal. Dania tied her knot with John on the Beach in Punta Cana, the Dominican Republic following a 17-month-long engagement.

The couple welcomed fraternal twins, a son John and a daughter Gaia on 17 December 2013. John has a son named Kai born in 2001 from his previous marriage.

Who is Dania Ramirez?

Dania Ramirez is a Dominican-American film and television actress who is famous for her performances in ‘Heroes’, ‘The Sopranoes’, ‘She Hates Me’, and ‘Z-Men: The Last Stand’.

She was born on November 8, 1979, in Santo Domingo, Dominican Republic. Her birth name is Dania Jissel Ramirez and she is currently 39 years old. Dania was born to father Daniel Ramirez and mother Agueda Camacho. She has two sisters and they are named as Danilda and Denise Ramirez. She wanted to become an actress since her childhood.

Dania holds American citizenship and her ethnicity is the Dominican Republic.

She studied at the Actor’s Workshop in New York City under Flo Greenberg and then graduated from Montclair State University in 2001. In order to pursue her acting career, she moved to Los Angeles.

She has made her appearances in the music video titled ‘Streets is Watching’ in 1998. Also, she appeared on ‘All Good?’, ‘Hush’, Cry Baby Cry’, ‘Cheapskate’ and many more.

In addition, she made her appearance in the HBO film ‘Subway Stories’ in 1997 and then appeared in the film ‘She Hates Me’ in 2004. Moreover, she depicted the role of an older sister Laurie in the film ‘Fat Albert’ in 2004 and also appears in ‘X-Men: The Last Stand’ in 2006. Likewise, her other appearances in films include Selena in American Reunion and a bicycle messenger in Premium Rush.

Furthermore, she portrayed the role of main character Caridad in the final episodes of the television series ‘Buffy the Vampire Slayer’ and then portrayed the recurring roles during the sixth season of ‘The Sopranos’.

Recently, she is performing the role of Hannah Perez in the television series ‘Tell Me a Story’ since 2018.

She won NAMIC Vision Award in the category Best Performance-Comedy for ‘Devious Maid’ in 2016, nominated for ALMA Awards in the category Outstanding Supporting Actress in a Drama Television Series for ‘Heroes’ in 2008.

She has an estimated net worth of around $3 million and she has earned that sum of money from her professional career. Her acting career has he[le her in earning both fame and fortune.

Dania has been successful in keeping herself far from rumors and controversies in her personal and professional career.

Tags : 'Heroes' Actress She Hates Me