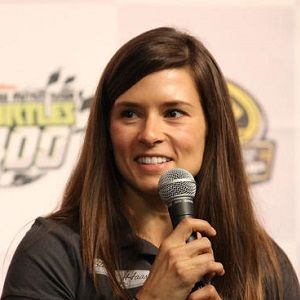 "I drive pretty fast even on the highway in my Lamborghini. I don't like to drive at enormous top speed, but I do like to drive a little bit faster than everyone else. So if everybody on the highway is doing 80, I'll do 82 or something, and if people are driving 60, I'll want to do 62. I think there's something in my blood, in my instincts, that makes me want to overtake." (Newsweek, Sept. 25, 2006)

It's difficult to lose a guy like Dario, not only because he's a great driver but because he's a good friend, too. We're going to miss him. But the series made great strides over the past couple of years and this year in particular. I was asked in Detroit why I wasn't the big story after my best finish, and that's awesome. It's about having many story lines, and I think the league is developing that.

The Indy 500 is the reason I started racing, the dream of winning this race has been my single focus since I was a kid. Through all the ups and down, it's the one thing that kept me going.

Winning was always the goal

it was really one of the only times I put 'girl' into my vocabulary - like it would be nice to be the first woman to do that. What it changes is things on the outside like the media, the endorsements and the fan attention. It doesn't change me as a driver.

Danica Patrick is dating Carter Comstock. Her new beau Carter is the co-founder of meal-prep company Freshly. Further, she made her affair IG official in April 2021 by posting the vacation photos with him and her friends in Cabo San Lucas, Mexico.

Previously, she was married to a physical therapist Paul Edward Hospenthal in 2005.

The couple met each other at Paul’s office in 2002 when she was recovering from a hip injury that she sustained during a yoga session. However, their relationship could not go well and divorced in 2013.

She then had an affair with fellow driver Ricky Stenhouse Jr. from November 2012 to December 2017.

Currently, Patrick has been in a relationship with Aaron Rodgers, NFL quarterback since February 2018.

Who is Danica Patrick?

Danica Patrick is a professional Rookie sensation of the Indy Racing League and racing driver, driving for Rahal-Letterman racing.

She is recognized in the history of American open-wheel racing as the most successful woman.

She is of Mixed(Italian/Sicilian, Irish, Swiss-German, English, Norwegian) ancestry.

Besides, in the 1970s when Flaten works for a friend’s snowmobile as a mechanic, her parents met each other at a snowmobile event on a blind date. She has a younger sister who is currently a pediatric physical therapist named Brooke in her family.

Further, in 1996 she became a cheerleader in nearby Rockton at Hononegah Community High School. However, Patrick initiated racing with her sister at the age of 10.

In discussing her educational background, she joined the Hononegah Community High School located in Illinois. But she dropped out of high school to pursue her racing career in England.

On talking about her professional life, in early 1998 she initiated her racing career after joining high school. Besides, she headed to be the best female racer in the world from being a cheerleader in high school. Another, she contracted in 2002 with Rahal Letterman that became a big breakthrough as a racer in her career. However, she was a consistent finisher and obtained moderate success on the podium during the next two years.

Moreover, she became the fourth woman to race in the Indianapolis 500 after signing with Rahal Letterman. Also, she was able to be the first woman ever to lead the Indy 500. She then gained her first pole position to become the second woman to accomplish Indy Racing League in the following year.

Furthermore, two years later, she was able to build history when she won an IndyCar race becoming the first woman. Another, she kept a record with her 29th race running at the finish in 2010. Patrick started her career the following year in stock car racing where she attended the NASCAR Xfinity Series.

Additionally, making noticeable results she continued her career. In 2014, she notched a career-best sixth-place finish at Atlanta Motor Speedway and she recorded her 6th Top 10 finish the following year.

In addition, she declared that she would retire in 2018 after the Indianapolis 500 and the Daytona 500. Also, she announced that she was stepping away from racing full-time in November.

In discussing her achievements and awards, she has achieved lots of success and titles during her career. She was entitled to the 2005 IRL Championship as Rookie of The Year.

Similarly, the United States Sports Academy entitled her as Female Athlete of the Year in 2006 among many honors, after her teammate, Paul Dana died tragically in a crash.

On talking about her salary, she earns a huge amount of salary from her career but currently has not disclosed to the media. However, she has an estimated net worth of $60 Million as of 2018.

Through her successful career, she has not been any part of the controversies or the rumors as she has been keeping all her personal records far from the media and maintained her personal and professional life so properly.

Thus, there are currently no such records available regarding her rumors and controversies.

She has got a perfect body shape and height of 5′ 2” and weighs 45Kg including the body statistic of 33-24-34 inches. Her shoe size is 8 US while her dress is 2. She possesses a beautiful face with Long brown hair and Light brown eyes.

Do not forget to read the birth facts, career, family, controversy, rumors, net worth, relationship, and the bio of a writer,  Mackenzie Crook.