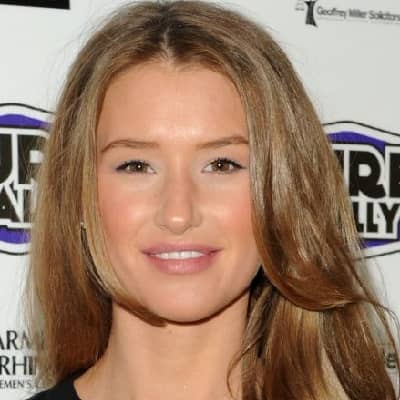 Danica Thrall was in a relationship with Ben King. The couple dated back in April 2012. She even moved in with him to a new place after dating for a short time.

However, her boyfriend revealed that he had been struggling with the relationship in an interview in 2012. The exact information whether they are together or not is unknown.

In 2012, Danica was in a love triangle with Michael Sorrentino and Prince Lorenzo, when she was a housemate in the series Celebrity Big Brother.

Danica also reportedly dated Michael in the show. But they get separated afterward.

Who is Danica Thrall?

Danica Thrall is a glamour model and a television personality. She is also known for professional bodybuilding and weightlifting.

This model has appeared in various magazines like FHM, Maxim, Loaded, and Nuts. She was in the 10th position on Google‘s Zeitgeist list of Top trending British people, 2012.

This model was born on 30 March 1988 in Heanor, Derbyshire, England, UK. Her birth name is Sonia Danica Thrall.

The name of her parents are unknown. Unfortunately, her mother died when she was 14 years old. She also has a twin sister, Sophie Thrall.

She belongs to British nationality and is of Caucasian ethnicity. The information regarding her qualifications and education is unknown.

Danica Thrall came into the limelight when she won Miss Derby, organized by Lucie Hide. Similarly, she also got into the Top 10 position in the Miss England pageant.

After a short hiatus from modeling, she worked as a presenter on televised sex line Elite TV in early 2010. She returned to modeling in late 2010 when she appeared in various magazines like FHM, Maxim, Loaded and Nuts.

In May 2012, she received significant media attention after appearing in the documentary Sex, Lies & Rinsing Guys. Later, in August 2012, she was a housemate in the tenth series of Celebrity Big Brother.

Danica was also placed 10th on Google’s Zeitgeist list of Top trending British people for 2012. Then, in June 2013, she starred as a fictional superheroine Supernova for the website.

In April 2014, Danica won the amateur bodybuilding contest Miami Pro World Championships in the category bikini tall. She has had an amazing transformation from a model to a bodybuilding star.

There is no rumor and scandal about this model. Meanwhile, she has managed to keep herself out of rumor and controversy. She is doing great in her career.

Her body measurements are 34-24-33 inches.  She has blonde colored hair and hazel colored eyes.

Thrall is active on Facebook and has around 3K followers.