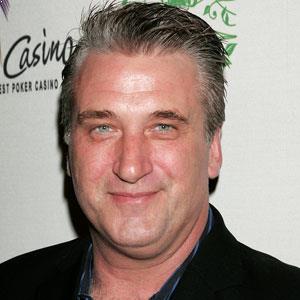 I don't really drink very much, although I have abused alcohol in the past.

I believe as a born-again Christian that once you've had a chance to drink from the well, it becomes your responsibility to replenish the well.

If you ask me if I think I will be sober in 24 hours time I can say yes, but in two years I can't tell you. I could be dead.

My little son, Atticus, desperately needs his dad and I haven't been there for him... and that's sad.

It's difficult to talk about, you know, my inadequacies, my inability to stay sober when I'm a relatively bright man and I've had a lot of great blessings and a lot of great opportunities.

Daniel Baldwin had a daughter, Kahlea, with his first wife, Cheryl in 1984. Later, he married actress Elizabeth Baldwin in 1990 and they have a daughter named Alexandra from this relationship. They officially separated in 1996.

Furthermore, Baldwin was also involved in a relationship with Chicago-born actress Isabella Hofmann for about a decade. They have a son named Atticus from this relationship. Additionally, he also married Joanne Smith, a former British model in 2008. He has a daughter from this marriage, Avis Ann. They also have a second daughter, Finley Rae Martineau who was born in 2009. Presently, Baldwin is in a relationship with entrepreneur Robin Sue Hertz Hempel. They announced their engagement in November 2014.

Who is Daniel Baldwin?

Daniel Baldwin is an American actor, producer, and director. He is the second eldest of the four Baldwin brothers. People mostly recognize him for his role as Detective Beau Felton in the popular NBC-TV series ‘Homicide: Life on the Street’. Additionally, he has appeared in several other shows and movies including ‘Damage Control’, ‘Death Kiss’.

He played football and basketball throughout his childhood years and was a standout in his high school. He is of American nationality. Furthermore, he belongs to a mixed ethnic background of English, Irish, Scottish, French-Canadian, and German.

Baldwin initially made his acting debut in 1988’s TV movie ‘Too Good to Be True’. In 1989, he appeared in the TV series ‘Family Ties’ as Holworthy`. Next, in the same year, he portrayed the role of Daryl Furman in the TV series ‘Charles in Charge’.

Similarly, Baldwin also appeared in the TV series ‘CBS Summer Playhouse’ and ‘Sydney’. Since then, he has appeared in numerous other movies and television series. All in all, he has over 100 credits as an actor.

Some other movies and television series that Baldwin has appeared in are ‘The Joke Thief’, ‘Two Faced’, ‘Anabolic Life’, ‘The Guest House’, ‘Deadly Sanctuary’, ‘Divorce Texas Style’, ‘Lady Psycho Killer’, ‘Hawaii Five-0’, ‘The Wisdom to Know the Difference’, ‘We Will Rock You’, ‘Grimm’, ‘Oba: The Last Samurai’, ‘Nine Dead’, ‘Cold Case’, ‘Grey Gardens’, ‘The Devil’s Dominoes’, ‘Vegas Vampires’, ‘Silver Man’, ‘The Real Deal’, ‘NYPD Blue’, ‘Twice in a Lifetime’, ‘Fall: The Price of Silence’, ‘Ned Blessing: The True Story of My Life’, and ‘Yesterday’s Target’ among others. Additionally, he also has 5 credits as a producer, 3 credits as a director and 1 credit as a writer to date.

Baldwin has won several awards in his career. Some of them include Action on Film Award in Action on Film International Film Festival and Best Actor in a Supporting Role in Back in the Box, California. All in all, he has 13 wins and 2 nominations for several awards to his name at present.

Baldwin has not revealed his current salary. However, he has an estimated net worth of around $ 400 thousand at present.

Baldwin has been part of several controversies in his career. He has a long history of drug addiction and arrests. He was arrested for possession of drug paraphernalia on April 22, 2006.

In addition, he has been arrested several other times including on July 19, 2006, and November 7, 2006. Furthermore, he also received criticisms after sending inappropriate text messages to Mary Carey during his time in ‘Celebrity Rehab with Dr. Drew’. At present, there are no rumors concerning his life and career.

Talking about his body measurement, Baldwin has a height of 6 feet 2 inches (1.88 m). Additionally, he weighs around 100 kg. Furthermore, his hair color is blonde/black and eye color is Grayish Blue.

Baldwin is active on Twitter. He has over 26k followers and has tweeted more than 15k times. However, he is not active on Facebook and Instagram.