Daniel Booko is an American actor and model. He was seen in The O.C, Hannah Montana, and The Suite Life of Zack & Cody. He is married but does not have any child yet. 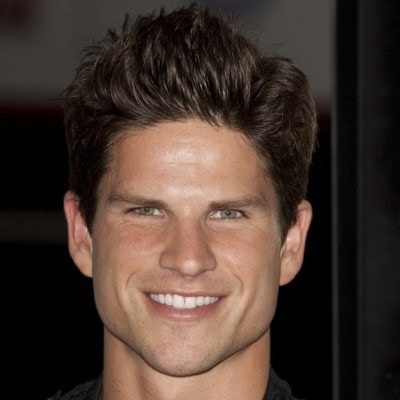 Daniel Booko is a married person. He has been married to his longtime girlfriend Nia Sanchez since October 17, 2015. His wife is the crowned Miss USA 2014 and is a model, and television presenter.

The couple has not welcomed any child to date.

Who is Daniel Booko?

Daniel Booko is an American actor and model. He is well known for starring in ‘The O.C’, ‘The Suite Life of Zack & Cody’, ‘Bratz: The Movie’, ‘Hannah Montana’, and ‘Secret Obsession’.

He was born on October 17, 1983, in Three Rivers, Michigan, USA. His birth name is Daniel Paul Booko. He was born to his father Paul Booko, a pastor, and mother Bonnie Booko, who starred in commercials.

He has two siblings- brothers Jack Booko and Jonathan Booko. The Booko brothers run Booko Brothers General Contractors INC. and Jonathan is the owner of the company.

Daniel holds American citizenship but his ethnicity is a mix of Assyrian, Swedish, and English.

He graduated from high school and studied at North Park University where he played football and was involved in the music department.

It seems Daniel has not been awarded and nominated for his work to date.

He has an estimated net worth of around $1.5 million and has earned that sum of money from his professional career.

Daniel has been successful in keeping himself far from rumors and controversies in his personal and professional life.

Daniel Booko has a height of 5 ft. 9 inches and weighs 67 kg. Also, he has green eyes and black hair. His shoe size, dress size, etc. are not available.