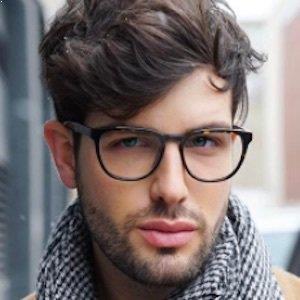 Daniel Christopher Preda is openly gay. He began a relationship with Joey Graceffa in 2014. The pair came out as a gay couple on 14 February 2016, Valentine’s Day. n 2016, Joey Graceffa posted a YouTube video, ‘Our Love Story!’ on his YouTube channel where he and Daniel opened up about their relationship.

They first met in person at a bar in Los Angeles and they soon ended up in a serious relationship.

Who is Daniel Christopher Preda?

Daniel Christopher Preda is an American model and internet sensation. He is famous on various social media sites like Twitter and Instagram with a username of misterpreda. Additionally, he is also a signed model with Model Maggie Inc and Elite.

Daniel was born in Boston, MA on December 16, 1992. Most of the information relating to his childhood and early life is not available at present. He is of American nationality. Furthermore, he has not revealed information regarding his ethnic background as of now.

At present, there are no details about Daniel’s educational background.

Daniel started using Twitter in June of 2009. Later, he joined Instagram in 2012. Additionally, people began recognizing him due to his relationship with internet sensation and YouTube personality Joey Graceffa. After they started their relationship, Daniel started to appear on many of Joey’s video. Moreover, he appeared in Joey’s coming out music video ‘Don’t Wait’.

Currently, Daniel is quite famous on Instagram. There, he has more than 900k followers. Furthermore, he attended VidCon Australia in 2017. He also identifies himself as a writer and producer.

Daniel became part of a controversy after he started posting a series of cryptic tweets on his Twitter account. Furthermore, some of his followers mistakenly assumed that they were about popular Instagram personality Connor Franta. Daniel was harshly criticized till he clarified what the posts were actually about.

Talking about his body measurement, Daniel has a height of 1.87m. Additionally, his hair color is dark brown and his eye color is hazel.