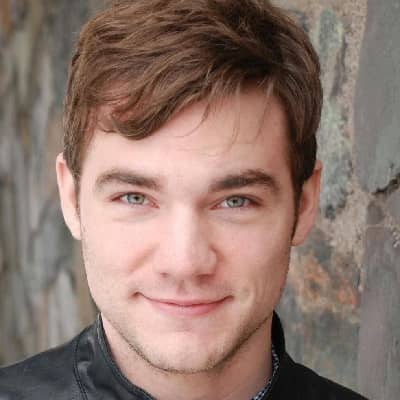 There is no information regarding his love life. He is tight-lipped when it comes to talking about his personal details. He can be possibly single for now. Currently, he is serious about his career and working hard on it.

There is no enough information that proves his relationship status. As soon as he speaks about his love life, we will update you about it.

Who is Daniel Durant?

Daniel Durant is an American actor. He is popular for his role as Moritz Stiefel in Spring Awakening.

Daniel has made his appearances in the 2021 Drama/Film “CODA”. Durant is a member of the famous TV Actor list.

Daniel Durant was born on December 24, 1989, in Detroit, Michigan, United States of America. As of 2020, he celebrated his 31st birthday. He spent most of his early childhood days in his hometown.

Likewise, he has succeeded in maintaining a secret profile. His biological parents were both deaf. They were struggling with alcohol and drug addiction when he was an infant. At that time, his mother left him at a neighbor’s house and never came back. After nine months, the neighbors tracked his father and grandfather.

However, he was raised by his paternal aunt in Duluth, Minn. His aunt helped him to learn American Sign Language. He is the single child of his parents.

Similarly, he is American by Nationality. Moreover, his birth sign is Capricorn.

Daniel joined mainstream schools in Duluth for his primary education. After that, he transferred to the Minnesota State School for the Deaf in 8th grade. Daniel graduated from MSAD in 2008 and attended RIT in Rochester, NY, and Gallaudet in Washington, DC. For his further studies, he attended the Deaf West Theatre production of Cyrano.

Daniel Durant is a talented actor. He made his television debut in 2012 on Tv Short ‘The Archives at Gallaudet University’ as Gallaudet Student. Likewise, it was directed and written by Gary Brooks.

Since then, he has made his appearance in many Tv series and Movies. He has earned more than 13 movies, Shows, and Tv series credits including:

He starred in the second season of the Netflix series You as ‘James’. Moreover, he gained hype for portraying ‘Moritz Stiefel’ in the 2015 Broadway Revival of ‘Spring Awakening’. He also has a recurring role in the television series ‘Switched at Birth’ as Matthew. He has been active in his acting career since 2012 till present. His latest involvement in the movie is CODA which is a 2021 Drama.

Daniel has a great career which helped him to earn impressive amounts to continue his living. He has an estimated net worth of $1M-$5M. Likewise, he charges a huge sum for his appearance in movies and series.

Daniel is too secretive about his personal life. There are no rumors and controversies about him. He rather spends his time producing unique content for his fans rather than stuck in Scandals and rumors. Daniel is a well-known Actor.

Daniel is a cool guy with great charm and boldness. He has a great personality with a well-maintained body structure and a suitable height. Furthermore, his hair is brown and her eyes are blue in color. Moreover, he is best recognized for his Smily Face. Similarly, his body stats are not provided.