Tall and handsome Gillies is a married person. He was married to American actress Rachael Leigh Cook on 8 August 2004 after dating for nine months.

The couple has already welcomed two children named Charlotte Easton Gillis and Theodore Vigo Sullivan Gillies. He is not associated with any other affair and relationship status.

Currently, he living happily with his wife and children and lives often in Los Angles. 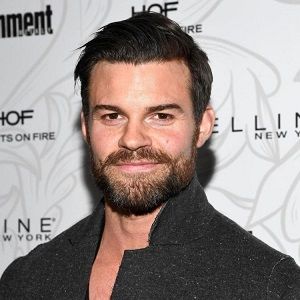 Cable had a latitude to move which created less censorship and bestowed upon the artists, the writers and the creators, more liberty to create their shows

New Zealanders have conventions and pleasantries, but we are direct. We are encouraged to be transparent with our behavior and not to employ passive aggression.

Who is Daniel Gillies?

Daniel Gillies is a New Zealand actor. He is best known for his role as Elijah Mikaelson on the television series “The Vampire Diaries”. He has made a respectable position in the acting field and has earned more fame and fans.

Gillies was born to New Zealand parents on 14 March 1976, in Winnipeg, Manitoba, Canada. His nationality is American and belongs to Mixed (Italian, Irish, Scottish, and English) ethnicity.

His father is a pediatrician and his mother is a nurse. Though he was raised in an educational environment, he was highly interested in acting and once stated, “It was the only thing I was ever any good at”.

There is no factual information published regarding his educational background.

Due to lack of opportunities in New Zealand, Gillies moved to Australia where he worked as a waiter and dishwasher. Later on, pursuing his career, he moved to Los Angles, U.S.A. He made his professional debut in the 1998 film “A Soldier’s Sweetheart” as ‘Medic’.

Next year (In 1999), he made his debut in T.V and appeared in a T.V series “Young Hercules” as ‘Antos’ in one episode. He also appeared in other low rated film and T.V series include “No One Can Hear You”, “Cleopatra 2525”, “Street Legal”, etc. In 2004, he appeared in film “Spider-Man 2” and got huge positive responses and reviews. In 2017, he worked as a director in one episode of T.V series “The Originals”.

Once there was a rumor that Gillies and Cook got separated; but, afterward, the news found to be false. He is not associated with any other desperate rumors yet.

Daniel Gillies has a height of 5 feet 11 inches. He has dark brown hair and dark brown eyes. Furthermore, his body weighs 75kg.

Also know more about the early life, career, net worth, relationships, and controversies of other actors including Jay Hernandez, Colin Donnell, James Preston, and William Brent.