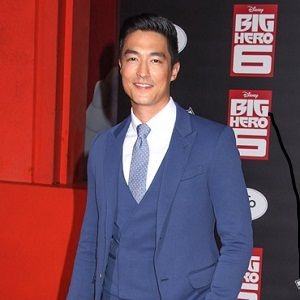 What is the relationship of Daniel Henney?

Currently, he has not been in a relationship with any girl. Back in 2018, he was rumored to dated RU Kumagai, however, both sides denied the rumor.

Who is Daniel Henney?

Daniel Henney is an American actor, and model who works both in American films and South Korean and TV shows, best known for his appearances in movies including, Seducing Mr. Perfect, My Father, X-Men Origins: Wolverine, Shanghai Calling, The Last Stand, and Big Hero 6.

Henney is also famous for his starring in Korean dramas like My Lovely Sam Soon & Spring Waltz and also American television series like Criminal Minds: Beyond Borders.

Daniel Henney was born in Carson City, Michigan, USA  on November 28, 1979, as Daniel Phillip Henney. His parents are Christine, a Korean American, and Philip Henney, an Irish American.

He had a difficult and very rough childhood. Daniel faced racial slurs from his classmates in school and get beaten up now and then.

Henney received an education from Crystal High School located in his hometown. As Daniel was a studious kid he performed well in his academics and his strong determination helped him excel in athletics as well.

Henny was a basketball player during his high school days and led the Eagles team to the MHSAA Central region championship during his senior year.

He joined Alma College and Albion College on a basketball scholarship. He got graduated from the University of Illinois at Chicago.

Daniel Henney worked as a model in Italy, Paris, Hong Kong, France, and New York throughout his college time. He was introduced through a South Korean advertisement for Amore Pacific’s cosmetics named, Odyssey Sunrise.

He later became a spokesperson for Jun JI-Hyuncommercial for Olympus cameras but has a problem speaking the Korean language. Henney appeared with a big role in the Korean drama, My Lovely Sam Soon by Kim Yoon-Cheol in 2005 despite his speaking problem.

He acted in several other series including – Three Rivers, Dear My Friends, Criminal Minds, Revolution, and much more. Henney played in the X-Men Origins: Wolverine along with Hugh Jackman as Agent Zero in 2009. He also acted in numerous other films such as – Big Hero, Papa, My Father, Seducing Mr. Perfect, One Night Surprise, and more.

He was nominated for Favorite On-Screen Team X-Men Origins: Wolverine in People’s Choice Award, 2010. He won the awards in 45th Grand Bell Awards, 31st Golden Cinematography Awards, and 16th Chunsa Film Art Awards as the best New actor for My Father in 2008.

Similarly, he received awards in the 27th Korean Association of Film Critics Awards, 28th Blue Dragon Film Awards, 6th Korean Film Awards, and 3rd Premiere Rising Star Awards as the Best New Actor for My Father in 2006. As well as he was nominated for Best Dressed in Dong-Ah TV’s Fashion Award 2006 and MBC Entertainment Awards 2005.

Mr. Henney has a net worth of 5 million dollars. His salary records aren’t available at the current time.

There are no records available regarding his rumors and controversy at the current time.