Updated On November 25, 2022 | Published By: Smriti Sharma
Share this
Married 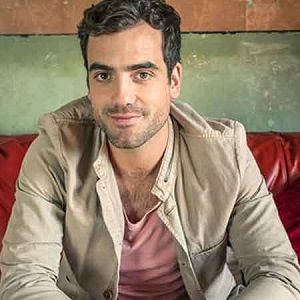 When did Daniel Ings marry?

Daniel Ings is a married man. He married his girlfriend, Georgia Gibbs. There is no information about the wedding details. The couple does not have any children yet.

Talking about his previous relationship, there is no information about his past affairs details.

Who is Daniel Ings?

Daniel Ings is an English actor.

He is well known for starring as Luke Curran in the comedy series Lovesick and is a part of other popular series like Mount Pleasant, Endeavour, W1A, The Crown, and Instinct.

Daniel was born in England, the United Kingdom on 30 November 1985, to parents Shayne Ings (father). His mother’s name is unknown. Whereas, there is no information about his siblings.

He belongs to the British-English nationality and English ethnicity. Talking about his education, firstly, he attended  Dauntsey’s School.

On talking about his profession, he first started his career in 2004 by starring in the stage play The Master and Margarita and later, appeared in more theatre plays like White Boy, Tory Boyz, Frankenstein, and so on.

Likewise, his big and small screen debut happened at the same time in 2010.

Moreover, his other popular series include Mount Pleasant, Endeavour, W1A, and The Crown.

Besides that, in the historical drama The Crown he played the role of Commander Mike Parker and acted alongside actors Claire Foy, Matt Smith, Vanessa Kirby, and Jeremy Northam.

This actor has not revealed his current salary. However, he has an estimated net worth of around $1 million at present.

On talking about his body measurements, Daniel Ings has a height of 6 feet.