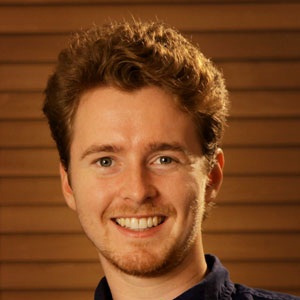 He has kept everything secret about his personal life and far from the tabloids. There isn’t any solid proof which leads towards his married lifestyle and children. Being a celebrity, his personal stuff is always a matter of discussion and interest to the public. Due to lack of much information about him, his fans are always curious to know more about him.

Who is Daniel Knudsen?

Multi-talented Daniel Knudsen is an American film director, actor, film producer. As a producer, he is known for unexpected Places and Christmas Grace, as a director he is known for A Horse Called Bear and Creed of Gold, and as an actor, he is known as Jason Kwilos in Courageous Love.

American film director and producer Daniel Knudsen was born in Dearborn, Michigan on 28 February 1988. His father is a commercial airline pilot and his mother was a former saleswoman for Michigan Bell.

He graduated from Thomas Edison State College with his degree in Humanities and he also studied at Jagiellonian University in Krakow, Poland.

Talking about the career journey of Daniel Knudsen, he is active in the entertainment field since 2005 and he is still active in it. He has already started working as an intern while he was still in high school.

In 2013, he appeared as an actor with a short role in Unexpected Places which he also produced. He has also produced Indescribable in the same year. In 2014, he debuted as a director in the thriller movie Creed of Gold.

The film was nominated for an Adam Award for best feature drama at the Sabaoth International Film Festival in Milan, Italy, and has won the Redemptive Storyteller Award at the Redemptive Film Festival. From onward, he has appeared as director and producer in numerous films including A Horse Called Bear, Christmas Grace, Courageous Love, and Lifestone Velocity.

In 2017, Knudsen appeared as Jason Kwilos in Courageous Love and as Colt Lifestone in Lifestone Velocity. His success in his career path has paid him well financially. His net worth varies depending on the various source so for now, we can say his net worth has grown significantly.

He has a height of 5 feet 10 inches with a bodyweight of 85 kg. He has hair color Golden brown and his eye color is Hazel.