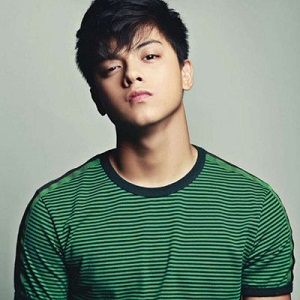 I want my next girlfriend to be my wife

If it's needed for me to have a drop of Filipino blood, I am willing to get it from Makati Med. My heart really belongs here.

Daniel Matsunaga is an unmarried person and possibly single. He was in an affair with Karolina Pisarek from 2018.

But in the Dec 2019, they broke up due to the untrustful nature of Daniel, as per the reports.

Who is Daniel Matsunaga?

He was the winner of Pinoy Big Brother in the year 2014.

Daniel was born as Daniel Kenji Silva Matsunaga on Nov 28, 1988, in Brasília, Brazil.

His mother, Gerarda Silva is Brazilian and his father, Paulo Mitsuo Matsunaga is Japanese.

He belongs to the mixed ethnicity of Janapese and Brazilian. He also has a brother, Guilherme and a sister, Vanessa.

Daniel as a model was seen posing for Cosmopolitan Philippines ‘Cosmo Men’ supplement. He also has appeared ins several movies and TV shows.

Daniel Matsunaga made his profession T.V debut in the year 2010 and appeared in a T.V show titled “The Last Prince”. In the same, he appeared in other T.V series include “Langit sa Piling Mo” and ‘Grazilda”.

He made his film debut in the year 2012 and appeared in a film titled “Sisterakas” as ‘Marlon’. In 2013, he starred in other two successful films titled “She’s the One” and “The Bride and the Lover”.

The year 2013 became a fortunate year for him and appeared in several hits T.V shows including “Misibis Bay”, “Cassandra: Warrior Angel”, and “oda Max”.

Some of his latest T.V shows and films include Halik (2018) as Yohan and Kahit Ayaw Mo Na (2018) as Reggie respectively.

He is also a football player and plays as a midfielder. He was involved with a team Team Socceroo (2013-15).

There are no rumors regarding Daniel’s personal and professional life. It seems like he is doing the best job without harming others for which he hasn’t been a part of desperate controversy yet.

This actor plus model has an estimated net worth of $500 thousand. His comedy movie Meant To Beh (2017) has a box office collection of 81 million Peso.

Regarding Daniel Matsunaga’s body features, he has black eyes and black hair.

He stands with a height of 6 ft 1 inch and body weight is average.

However, he is also seen on Twitter with around 416.2k followers.