Known for films like Secret in Their Eyes, The Mexican, and Fireflies in the Garden.

Daniel Moder has been married twice till the date of today.

Previously he was married to Vera Steimberg for five years. They got married in 1997 but due to some misunderstanding and some personal issues, they got divorced in 2002.

When Daniel first met Julia Roberts on the set of the movie The Mexican. They exchanged vows on 4 July 2002.

The wedding took place in New Mexico. They were blessed with three children together, twins Hazel Patricia Moder and Phinnaeus Walter Moder on November 28, 2004, and Henry Daniel Moder on June 18, 2007. 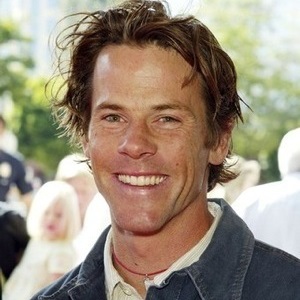 Who is Daniel Moder?

Daniel Moder is a well-established Cameraman and Cinematographer. He is best known for films like Secret in Their Eyes, The Mexican, and Fireflies in the Garden.

He was born on 31st January 1969 in Las Angeles, the U.S.A as Daniel Richard Moder. His ethnicity is Caucasian.

His father Mike Moder was a producer and his mother Patricia Ann Watz was a homemaker. He has four other siblings, John, Jyl, Jane, and Debbie.

He completed his high school education at Saint Monica High School and earned a degree in psychology from the University of Colorado in 1992.

In the beginning, Daniel Moder started to work as a production assistant. He then worked in the camera and electrical department. After getting knowledge and proper skills he made his first debut as a cinematographer in the short comedy film Kid Quick.

Since then he started to work on many films as a cinematographer like Mr. & Mrs. Smith, The Normal Heart, Spiderman 3, The Hit, Jesus Henry Christ, Fireflies in the Garden, Highland Park, Grand Champion, Border, and much more.

He had worked alongside writer and director Ryan Murphy while working on the movie The Normal Heart.

He has worked on numerous big-budget movies. He was also nominated for the outstanding cinematographer in 2014 by Primetime Emmy Awards and OFTA Television Awards.

As of 2022, this talented cameraman’s estimated net worth is around $10 million. His wife Julia, has a net worth of $140 million dollars.

As per the reports, the average salary of an experienced cameraman is around $74k per year.

In 2019, the rumors about Daniel fighting with her wife Julia on her birthday was spread rapidly. It was said that they might divorce each other also.

However, this news was not true as per the sources.

Daniel Moder has a height of 5 feet 11 inches tall and weighs is unknown. His hair color is dark brown and his eyes are in hazel blue color.