Daniel Roche is a British teen actor. He is extremely prominent for his role in “Just William” and “Outnumbered”. He is a hardworking person and has made a respectable position in British acting filed. He is unmarried. 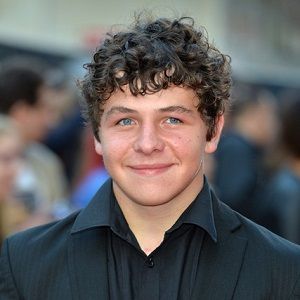 My brothers are quite a bit older than me and we are all very different but because I don't see them all the time, when they do come over we get on especially well.

What is the relationship of Daniel Roche?

Cute and handsome Roche is an unmarried boy. He has managed to keep his personal information so secret that nothing relating his past and present affair status is published.

Being so young, it seems like he is sharpening his strength and skills to make his all dreams come true rather than being stuck in the relationship. According to our record, he is single.

Who is Daniel Roche?

Daniel Roche is a British teen actor. He is extremely prominent for his role in “Just William” and “Outnumbered”. He is a hardworking person and has made a respectable position in the British acting filed.

Roche was born to Anthony Roche and Judith Roche on October 14, 1999, in London, United Kingdom. His nationality is British and belongs to European ethnicity.

His mother’s name is Judith Roche, his father’s name is Anthony Roche, and has two older brothers. He was mainly encouraged by his father to secure his career in the acting field and he was also highly interested and dedicated.

Talking about his educational background, he went to a CoE secondary school as well as the Susi Earnshaw Theatre School in Barnet.

Roche made his professional acting debut in the year 2006 and appeared in one episode of T.V series titled “Casualty” as ‘Douglas Calvin’.

Again in 2012, Daniel made a guest appearance in films titled “Blue Peter” and “Pet School”. In the same year (2012), he starred in the main role in a T.V film titled “Dani’s House” as ‘Megaboyd’. In 2013, he appeared in a T.V series titled “Doctor Who Live: The Next Doctor”. Since then he hasn’t appeared in any films and T.V series.

As the sources have estimated, Daniel’s net worth is around $600 thousand.

Currently, there are no drastic rumors regarding Roche’s personal and professional life. It seems like he is doing the best job without harming others for which he hasn’t been a part of controversy yet. Also, he is so young to be a part of rumors and controversy.

Daniel Roche has a height of 5 feet 8 inches. His body weighs 77kg. He has brown hair and blue eyes.