Daniel Skye is an American singer-songwriter. He also a social media personality and has collaborated with renowned stars. Daniel is currently not in a relationship with anybody. 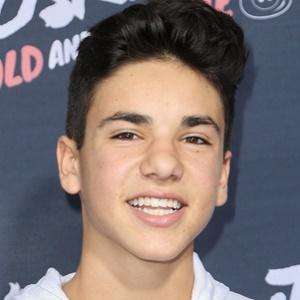 Something brand new and exciting is coming!

Daniel Skye is currently single. There are no records of any relationships that he has had in his past. Furthermore, he does not have children from any of his relationships.

Daniel and Baby Ariel had made a video together. After the video was out, rumors were that they were dating. However, the rumors turned out to be false.

Who is Daniel Skye?

Daniel Skye is an American singer and songwriter. He signed with RCA Records in September 2016. Currently, he has above 685k subscribers on YouTube and more than 2.5 million fans on Instagram.

Daniel was born in Hollywood, Florida on June 19, 2000, to Scottish ancestry. Throughout his childhood years, he grew up in Broward Country with his older brother Robert and younger sister Rebecca.

Additionally, his mother, Esther Skye encouraged Daniel to pursue music since his early years. He is of American nationality. Furthermore, he has not revealed information relating to his ethnic background as of now.

Talking about his education, Daniel decided to go for homeschooling so that he could have a flexible schedule to work on his music in the studio.

Initially, Daniel Skye began uploading cover snippets of some of his favorite songs onto Instagram. Soon, he gained himself a considerable following on the photo-sharing app. Additionally, he also launched a YouTube channel. Within just two years, Daniel gained more than 14K fans on the video-streaming website- a number that has been growing steadily ever since.

Later, Daniel caught the attention of Aton Ben-Horin, a music producer, and executive. Aton helped him to land a music deal with RCA records. Eventually, he began performing his own original material. He dropped his debut single, ‘Maybe’ on November 24, 2014.

The music video of the song has since been viewed over 4.8 million times on YouTube. In addition, he released his second single entitled, ‘LoveSick Day’ on March 21, 2015. Some other singles that he has released are ‘We Got Us’, ‘Smile’, ‘Good as It Gets’, and ‘Last Call’. Furthermore, Daniel has collaborated with some of the famous names in the music industry including  Demi Lovato and Bebe Rexha.

Daniel has successfully kept his life and career away from any notable controversies to date. Furthermore, there are no rumors concerning Daniel at present.

Talking about his body measurement, Daniel Skye has a height of 5 feet 8 inches or 173 cm. Additionally, he weighs 62 kg.

Furthermore, his hair color is black and eye color is light brown. In addition, his body measurement is Chest – 36 inches, Arms / Biceps – 12 inches, and Waist – 28 inches.