Daniel Travanti is a former American actor. He is best known for the series Hill Street Blues. He is possibly single.

Daniel Travanti has already divorced his wife. As of now, he is single and he is focusing on his acting career. 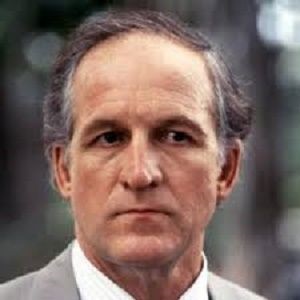 Who is Daniel Travanti?

Daniel Travanti is an American actor. He is popular for his role as Captain Frank Furillo in the 1980s television drama Hill Street Blues.

He was born on March 7, 1940, in  Kenosha, Wisconsin in the southeastern part of Wisconsin to Italian immigrant parents.

His Father is John Travanti, who worked at the American Motors assembly plant in that city and his mother is Elvira Travanti.

Moreover, he is one of the five children including his sister (Emma Travanti, Laura Travanti) and brothers (Angelo Travanti, Robert Travanti).

Although he was an athlete and a good student, earning scholarships to Harvard University, Princeton University, and Dartmouth College, he attended the University of Wisconsin–Madison.

Before, his senior year of high school, he attended the youth government and leadership program called Badger Boys State in 1957.

Daniel Travanti started his career with the role in an episode of Route 66 called “Child of a Night”. Travanti guest-starred in the episode “Murder by Scandal” of CBS’s drama about newspapers, The Reporter in 1964.

Furthermore, in 1965, he made his feature film  (credited as “Dan Travanty”) playing a deaf-mute nightclub bouncer in the psychological thriller Who Killed Teddy Bear?.

He played the role of murderer Barney Austin in the Perry Mason episode, “The Case of the Midnight Howler” and radio talk show host in 1966.

Besides, Travanti appeared in one of the famous episodes in 1974, briefly in The Bob Newhart Show episode “The Battle of the Groups”.

As well as, he has appeared in a number of TV movies and has made appearances in popular television programs such as Poltergeist: The Legacy and Prison Break.

In 1989, he co-starred in the film Millennium and in 1993 as Lt. Ray McAuliffe in the television series Missing Persons.

Moreover, Travanti appeared off-Broadway at the Theater at St. Clements in New York City in Oren Safdie’s The Last Word… from January to March 2007.

Besides, he appeared in an episode of Criminal Minds as a 75-year-old serial killer with Alzheimer’s in 2010 and he played Callen’s father in NCIS: Los Angeles in 2017.

Travanti starred in the TV movie Adam, for which he received another Emmy nomination in 1983.

He has not been a part of any controversy and rumor till now. He is keeping his personal life away from the media or the public.

Once, there was a rumor that after Hamel’s divorce, Daniel’s co-star Veronica Hamel was his girlfriend. Many speculated that she dated him but both did not address the rumors.

Daniel Travanti: Salary and Net Worth

He earns a huge amount of money from his work but has not disclosed it to the media or the public.

As of 2022, his estimated net worth is about $4 million which he earns from his profession.

Daniel Travanti has an average body with light hair and with dark brown eyes. Besides that, he is 6 feet 1 inch tall with unknown body mass.