Talking about his relationship details, Daniel Wisler is happily living a married life to actress and singer, Ashley Brown. The couple first engaged on 18 April 2010.

Later, they tied the knot on 5 November 2011 in a private manner with the involvement of close family friends. They welcomed their first baby girl on 9 May 2016.

Other than that, Wisler has been secretive about his relationship details. 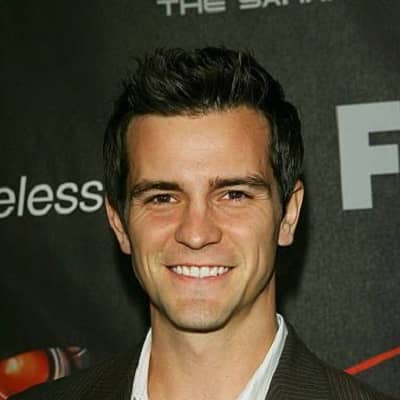 Who is Daniel Wisler?

Daniel Wisler is a well-recognized American actor and television personality. Wisler is widely famed for his recurring role in the television series, The Unit where he portrayed the role of Jeremy Erhart, an Army Veteran.

Moreover, he is also known as the husband of a well-known American singer and actress, Ashley Brown.

Daniel Wisler was born on 10 September 1980. At present, he is 41 years young star. Likewise, his birthplace is Fairfield, Ohio, USA.

Daniel is the son of his father, David C. Wisler whereas his mother is Beth H. Moreover, he has not shared his sibling’s information in the public

Talking about his nationality, Wisler holds an American identity whereas his ethnicity is Caucasian.

Regarding education, the actor graduated from The Fairfield High School in 1999. Later, he completed his study at the University of Cincinnati College-Conservatory of Music in 2004.

Daniel’s debut on-screen performance was a small co-star role on “CSI” in the year 2005. He then featured on stage in the play, The Shape of Things in the Athena Theatre of Hollywood. Wisler is best known for his role of Jeremy Erhart in the series, CBS’s “The Unit” in 2006.

Some of his other roles in movies and series are Troglodyte, Sea Beast, A Gunfighter’s Pledge, and Dark Reel. Daniel is also famous as the husband of a well-known star, Ashley Brown. Talking about her career, Brown started her career with her role in Beauty and the Beast.

However, brown left the role on 28 May 2006 after eight months and she was succeeded by Sarah Litzsinger. Ashley has then featured on All My Children, Snow White and the Seven Dwarfs- A Symphonic Retelling, and so on.

Her recent appearance was on Cinderella where she portrayed the role of The Muny. In addition, the star has earned PBS Telly Award and the Kevin Kline Award for her best performance.

A famed American star, Wisler has earned a handsome amount of money from his profession. He has been active in his profession from the year 2005 till the present.

Daniel has never been part of any controversial matter or rumors till now. The star has been preoccupied with his professional and private life.

It seems that Wisler prefers enjoying his personal life and does not want to merge it with his professional life.

41 years young star, Ashley has handsome looks and an admirable personality. He has not mentioned his exact height but seems to be nearly 6 feet tall.

Furthermore, Wisler has brown eyes whereas his hair is black.

Regarding his social media presence, Daniel Wisler is not an active personality on social media. Daniel has no official Instagram, Facebook, or Twitter accounts at the moment.