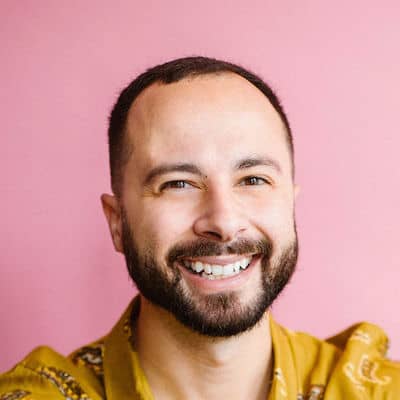 Daniel Zomparelli is openly gay and at present is in a married relationship. He exchanged vows with Gabe Liedman on 10 June 2017 and they are still together.

But the detail regarding their affair plus wedding is not yet revealed. Her husband attended and graduated from Columbia University in 2004.

Who is Daniel Zomparelli?

Daniel Zomparelli is a Canadian national writer who is also a celebrity spouse. Daniel Zomparelli has written a short fiction collection named Everything Is Awful and You’re a Terrible Person in 2017.

For this, he won ReLit Award in 2018 plus it was shortlisted for the 2018 Ethel Wilson Fiction Prize.

His full birthdate is unknown but he was born in Vancouver, British Columbia. The name of his mother and his father is not revealed.

Further, his ancestry is Caucasian, and as for his academics, he passed out from Simon Fraser University in 2006.

Daniel Zomparelli as a writer has written two poetry collections titled Davie Street Translations in 2012 and Rom-Com in 2015. He is also a founder of a magazine called Poetry Is Dead.

When he was working at Adbusters the idea of founding his own magazine came. Besides this, he is also a podcast host who is busy with I’m Afraid That in 2018. In its episode, stars named Jordan Peele, Jenny Slate, and Nicole Byer were featured.

Another podcast, he hosted with Dina Del Bucchia where authors were invited was Can’t Lit. On the other hand, he is known among the public due to his husband, Gabe.

By the sources of 2022, his net worth is estimated at around $100 thousand. Also, his annual salary is under the rug.

But his better half Gabe Liedman has collected over $4 million of assets.

This celebrity partner of a famous writer/producer is keeping himself away from scandals as well as rumors.

Daniel Zomparelli’s height and body weight are of average shape. Adding further, he has light brown eyes and has hair dark brown color.