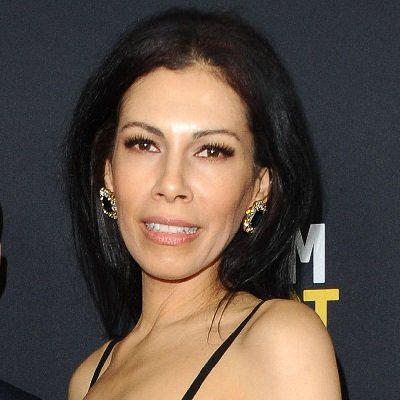 What is the relationship of Daniela Lavender?

Daniela Lavender is married to Ben Kingsley. Her husband, Kingsley is an actor by profession. They got married on the 3rd of September 2007.

Previously, she was married to Ben Lavender. They got married in 1996. After, the marriage of 7 years, they got divorced in 2003.

Who is Daniela Lavender?

Daniela Lavender is an actress and theater artist. She is renowned as Dickerman of Night Hunter and Maria Kader of Intrigo: Death of an Author.

Daniela Lavender was born on the 14th of December 1974 in Bahia, Brazil. Her birth name is Daniela Barbosa de Carneiro. She was born and brought out in a joint family with 30 members. They are of Brazilian ethnicity.

To date, she has not shared any details about her father, mother, and siblings.

Since her childhood, she was inclined toward the entertainment world. At the age of eight, she started training the different dance forms including Ballet, Jazz, and Contemporary. Also, she learned the Flamenco dance form under Yolando Arroyo and Roberto Amaral in LA.

Concerning her academics, she attended the Pontifical Catholic University of Rio de Janeiro. From the University, he earned a bachelor’s degree with Honors in Journalism.

Later, she also joined Dirceu de Mattos to study drama and English. However, she dropped out of drama school after a year.

After that, she moved to London and attended the London International School of Performing Arts. At the time, she used to be active in the school’s play. Despite the language being a primary barrier, she played the character of Queen Anne in Shakespeare’s Richard III.

Daniela Lavender started her acting career with the low-budget movie, Emotional Backgammon. For that, she earned the Best Actress award at Denver Film Festival. Before that, she appeared in the TV series like Down to Earth, EastEnders, and Casualty in some minor roles.

After that, she expanded his career in the theater. For that, she traveled with the British Shakespeare Company during the production of A Midsummer Night’s Dream. Also, she has been a part of theater plays like Hippolyta and Titania.

Later, in March 2011, she debuted at the London’s Tabard Theater with the play, A Woman Alone. Moving forwards, she featured movies like Learning to Drive, Backstabbing for Beginners, Night Hunter, and Intrigo: Death of an Author.

Currently, she is busy with her upcoming projects including the series, Cousin Bazilio and the movie, Moto Anjos. As of now, the movie is being pre-produced.

Apart from acting, she is also active in children’s awareness. She has supported Brazil’s children’s trust as an ambassador.

Talking about net worth, her husband, Ben Kingsley has an estimated net worth of $60 million.

Daniela Lavender is a brown eye with brunette hair. She stands at a height of 5 feet 9 inches and weighs around 52 kg. Also, her body stats are 33-24-34 inches.

To date, she has not been involved in any sorts of controversy and scandals that created a buzz in the media. Besides that, she has also managed to distance from any type of rumors too.

You may also read the bio of Claire Bronson, Peter Hermann, and Thomas Mars.